Grab a G-Lifter – your new best friend! Use it to change gravity at will, manipulate the environment, and throw huge crates at your enemies. Join the amazing exploits of astro-miner John Rochard and embark on a gravity-bending journey across the Solar System! Rochard is an award-winning side-scroller featuring hours of mind-blowing gravity gameplay, puzzle-solving and action. Narrated in a humorous cartoony style, Rochard tells a thrilling story of villains, a damsel in distress and a mysterious alien civilization.

– 5 long Chapters crammed with fast-paced platforming action and mind-bending puzzles based on gravity
– A beautifully crafted cartoonish visual style, rich with humor and personality
– Incredible items able to influence gravity and grab, swing and throw objects to solve puzzles or get rid of enemies
– A groovy soundtrack composed by Markus “Captain” Kaarlonen from Poets of the Fall, mixing southern rock/blues and 80′s inspired electronic music
– The legendary performance of Jon St. John as the voice of protagonist John Rochard
– The most advanced use of the Unity engine in a video game

“Rochard kind of looks like a Metroidvania or Bionic Commando-style game at first, but it’s really neither. Instead, its focus is primarily on puzzle solving, and in that it succeeds, with clever challenges that get progressively more difficult.” – Ars Technica (Verdict: BUY)

“Rochard is a breath of fresh air for the PlayStation Network and the gaming industry as a whole. It is an original ideal filled with great puzzles and an entertaining sense of humor.” – Gaming Nexus (A-) 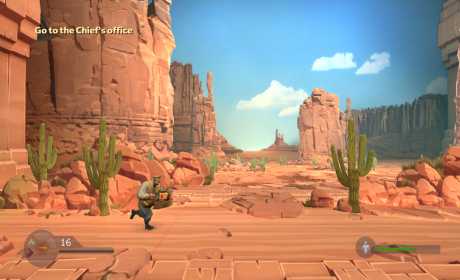 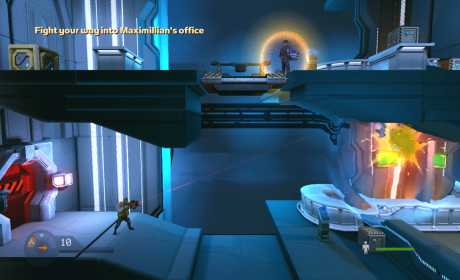 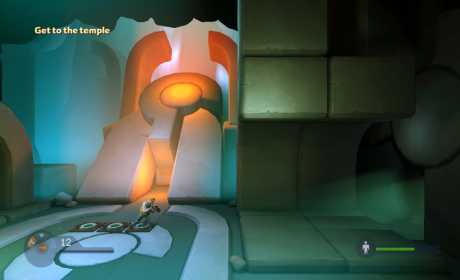