★ New version! Now travelling to Brazil! New scenes through the roads in Brazil ★

Jump in the car and race as fast as you can in this runner game! You have just robbed a lot of money and are driving on a highway road with the police behind you!

The cops would do anything to not let you escape and are following you so that you stop your car. No way! Speed up and slalom between the obstacles in order to survive as long as you can and leave the police behind!

You can smash the cops cars at the side to send them right into the wall! This is a endless racing game, so you can spend hours and hours improving your skills!

With a blocky environment, this game is perfectly adapted for kids (Boys & Girls) as well as adults wanting to have some fun.

You can choose between 23 different cars and start the race. Compete with your friends to see who can survive the longest in this amazing police car chase game!

We have rankings of the best players so that you can compare your best scores to other players around the world.

There is also a multiplayer function that allows you to play against your friends and other players!

Still not convinced to play this awesome cops runner game?

With our intuitive controls, you can easily control your car and slalom between the obstacles. Only with your finger on the touch-screen of your favourite device.
The runner being endless, more you advance, more you want to survive! And the best is that it becomes more difficult because the police becomes more aggressive so you have to go faster to lose them.
There are coins you have to collect during your escape in order to save more money!

Grab the Power-Ups that are on your way to become invincible for a time in which you can freely collide with the police and all the obstacles!
There are also magnets that allow you to automatically collect all the coins on the road!
There are ramps, buses and jumps on the road so watch out!

The cops are chasing you from behind but are also waiting for you with barricades! Be prepared to escape from this pursuit and survive your breakout!

Features of our racing game:

Download our car racing game now for free and have great fun!

—————————————————————————
This is not an official Mojang app. LabCave SL is not associated or connected with Mojang AB.
Minecraft is a trademark of Mojang AB and it is not endorsed by or affiliated with the creator of this game or its licenser. 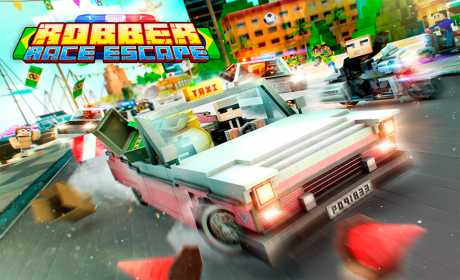 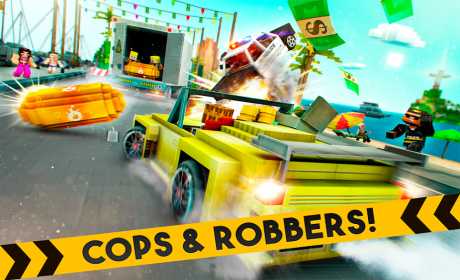 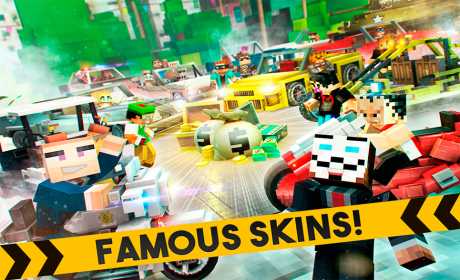