Road Riot is the global sensation that defined the Combat Racing genre!

This addictive, action-packed shooter will put your driving skills to the ultimate test! Dodge missiles, destroy enemy cars, and leave a trail of destruction as you race to the top of the worldwide rankings!

* Race, shoot, and destroy all kinds of rivals while speeding down the road!
* Customize your ride with 15 levels of weapons, armor, side weapons and turrets as well as five types of specialty cars: Sports Car, Magnet Car, Missile Car, Laser Car and Blast Car.
* Dodge away from random rockets, missiles, and roadblocks while jumping over to grab power ups like, boosts, wrenchs, score multipliers, and magnets to gain additional advantages over enemies and bosses.
* Earn coins along the race to wisely finance your upgrades on weapons and armor.
* Earn gems by completing missions and achievements to extend your life, beat your old records and rule the leaderboard!

The super smooth and simple controls make your playing intuitive and enjoyable whether you’re on a phone or a tablet. Most importantly, it is FREE TO DOWNLOAD and FREE TO PLAY!

Join millions of players worldwide today as you race past enemy cars, tankers, and choppers while dodging incoming missiles and gun fire![EL4]

~~~~~~~~~~~~~~~~~~~~~~~~~~~~~
Game features in a nutshell:
✔ AMAZING RACING EXPERIENCE.
– Speed your way through enemy traffic while shooting down your enemies in 3 different environments
– Fight head-to-head with dangerous Tank Bosses as well as shooting cars from rival groups
– Dodge missiles, gun fire, and traffic barricades
– Race through over 100 missions and achievements
– Pick your favorite colors with 6 different paint choices

✔ PLAY WITH FRIENDS AND RULE THE LEADERBOARDS
– Connect to Tango and race with your friends all over the world to compete for higher scores on the weekly leaderboard
– Brag, send lives and invitations to challenge your friends and get coin rewards.
– Test your luck and win surprising rewards by playing Mystery box 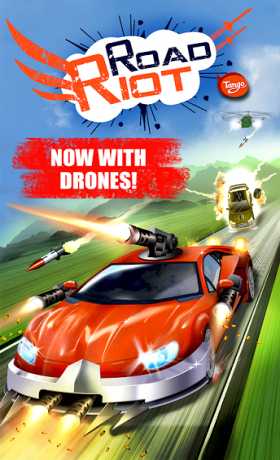 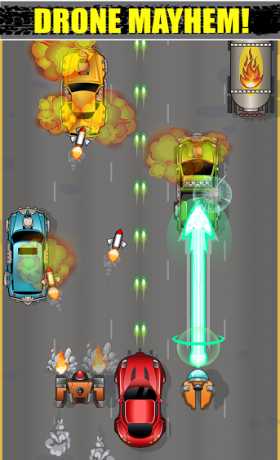 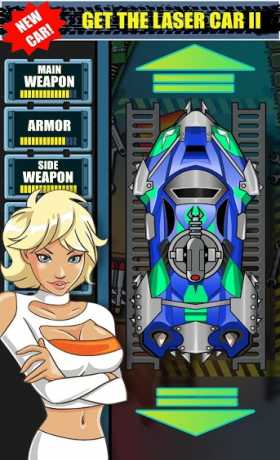