***A TALE OF STRENGTH AND STEEL***
Live the fantasy: Be a knight & joust your way to victory! Compete with thousands of other players in games of glory & adventure! This is the most intuitive, action-packed & visually stunning knight combat game on touch screens!

JOUST LIKE A KNIGHT!
√ Experience the thrill of fast-paced & highly addictive jousting for free
√ Sharpen your war skills with precision timing & aim
√ Battle ruthless foes & rival clans across 5 leagues to seize their castles & thrones
√ Embark on an adventure across the kingdom, become a champion & etch your name into history!

ARM YOURSELF FOR VICTORY
√ Unlock over 120 mounts, lances, armors, helms & more
√ Upgrade them at the Blacksmith to gain an edge over opponents
√ Use temporary boosts wisely to triumph in your adventure
√ Customize your crest to strike fear into your rivals

Will you ride to victory, or fall in battle?

These are troubled times for you & your people. Your kingdom is in debt, the king slain in war, no one has claimed the Champions’ Thrones, & enemy clans are massing at the kingdom’s borders.

Embark on an epic quest & get ready to battle your way through intense solo and multiplayer challenges in this free new jousting game. Journey from castle to castle in search of adventure & action.

Claim the Champions’ Thrones with your friends. Become a legend of jousting, grab the tournament chest & save your kingdom from the hands of the awful Lord Cunnings.

Forget about fantasy MMO games, castle games & war games. If you are looking for a true fantasy adventure, this free game is for you. It features massive multiplayer online (MMO) tournaments, clans, epic knight battles, all set in a breathtaking medieval fantasy kingdom, for free. The war for the Champions’ Thrones is on!

G+ support is temporarily removed. It will be back in a future update, along with an achievement system. 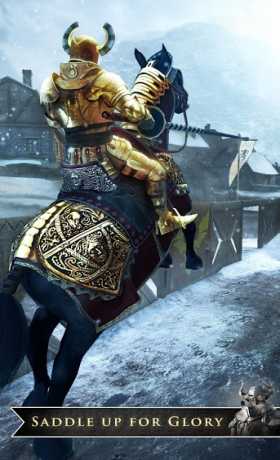 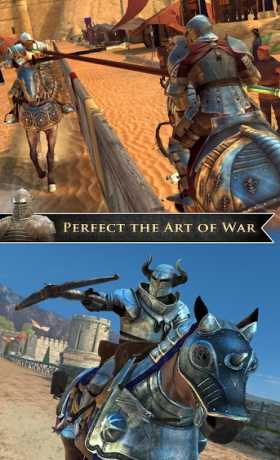 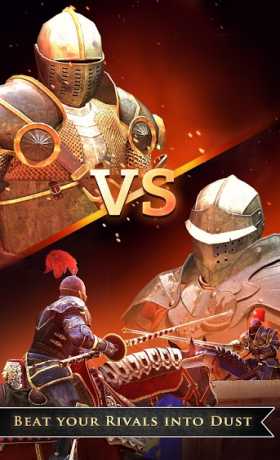 Shadow Knight Mod Apk 1.26.17 Hack(Skill in the air) for android