A handcrafted game about fishing with guns, chainsaws & toasters.

Follow Billy as he tries to find redemption from his uncertain past. Chase your destiny on the high seas and embark on a heroic quest for glory and gills.

* Hours of gameplay across the continents including a never-ending Infinite arcade world.
* Dozens of unlockables, weapons and items including popular fishing gear like the Most Expensive Hairdryer In The World and A Bowling Ball.
* Fish that become hats.
* No IAP – buy the game, play the game. No additional costs, no hidden fees. Even the hats are IAP-free.
* Fish that become hats.
Based on Vlambeer’s popular 2010 original, Ridiculous Fishing was lovingly handcrafted over the course of two years by Vlambeer (Super Crate Box), Zach Gage (Spelltower, Bit Pilot, Unify) and Greg Wohlwend (Hundreds, Solipskier, Gasketball).

Winner of a mobile Design Award in 2013; Nominated for the 2011 Independent Games Festival Awards; Declared Most Important News Story 2011 by industry magazine Control International; Featured in The New York Times.

“Ridiculous Fishing is such a complete package that it’s an effortless recommendation.” ~ Eli Hodapp (TouchArcade) – (5 / 5)

“Every aspect of the game, from the rewarding upgrade system to the unique graphics, displays an intricate craftsmanship we rarely see on [mobile].” ~ Chris Reed (Slide2Play) – (4 / 4)

“One of the most mechanically satisfying experiences you’ll ever find, and wrapped in a dazzlingly cool aesthetic.” ~ Eli Cymet (Gamezebo) – (5 / 5)

“Ridiculous Fishing is from an alternate [mobile] gaming universe where Nintendo is the production quality standard and action is everything.” ~ Robert Ashley (A Life Well Wasted)

“I’m hooked up to an IV and playing Ridiculous Fishing. One is medicine, the other is a painkiller.” ~ Ben Kuchera (PA Report)

***IMPORTANT NOTE*** – If you are only seeing a black screen when running the game, please enable Developer Options under Settings and then make sure the “Disable HW overlays” option is selected (i.e. there’s a checkmark in the box). Then try running the game again. If that doesn’t help, please email us!

Also, Android tablets with a width of 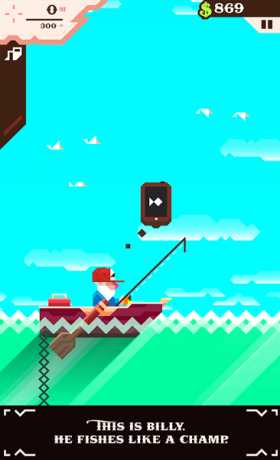 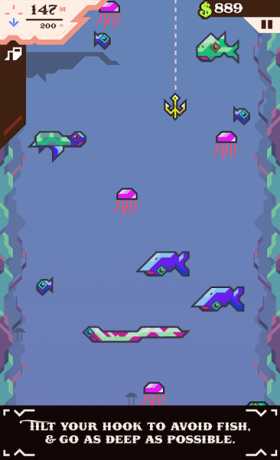 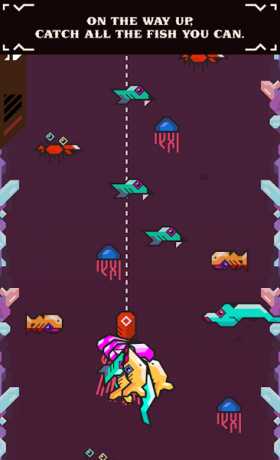