Who’d a thought robbing the bank would be the easy part?
Now comes the real challenge – to escape with your hard-earned loot and the fuzz hot at your heels!

Weave in and out of oncoming traffic; dodge, outrun or ram pursuing police cars and just generally crash, smash and thrash your way through 16 varied levels.

Let’s face it: beating someone across the finishing line is a lot of fun, but not nearly as much fun as tackling them into oncoming traffic to watch chaos ensue

The Developers behind Reckless Racing now brings you Reckless Getaway!

And a bunch of features we keep working on … 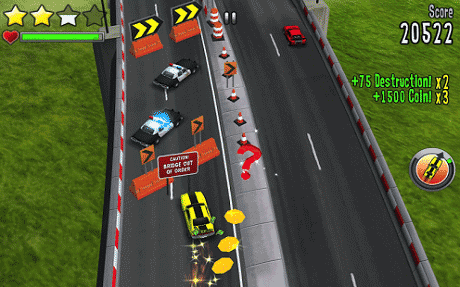 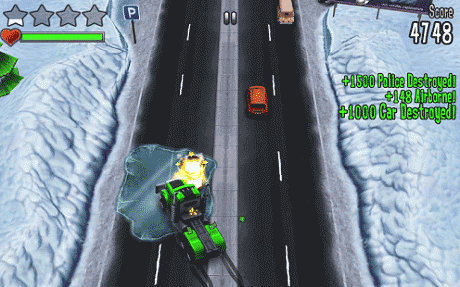 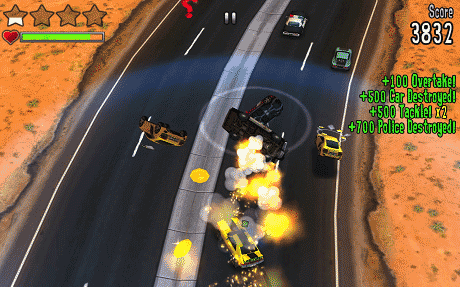