To celebrate its 20th anniversary, the original Rayman is back… and for the 1st time on your mobile!
Embark on epic adventures with Rayman in one of the most influent platform game of all times and relive the experience of playing the original version of the 1995 hit.
“Rayman is side-scrolling, comic animation at its finest” Gamespot 1996
“Rayman ranks as one of the most visually appealing games of this or any year” Gamepro 1995
“This will probably go down in the history books as the brightest platform game ever” Playstation Magazine 1995
“One of the greatest platformers games to come out on PC” Joystick 1995
The evil Mr Dark has stolen the Great Protoon and captured the Electoons! Play as Rayman, the legendary limbless hero, free the Electoons, defeat Mr Dark and restore the world’s harmony.

Features:
• EMBODY Rayman, your favorite hero born in 1995
• REDISCOVER the fantasy cartoon worlds of the original game: The Dream Forest, The Band Lands, The Blue Mountains, The Candy Castle…
• RUN, dodge, jump, punch your way through the various levels of this classic platform game.
• UNLEASH Rayman’s special powers from the telescopic fist to the helicopter and defeat hostile creatures.
• SEEK OUT & FREE the Electoons to complete each level and restore the cosmic balance.
• HELP iconic and funny side characters in each world: The fairy Betilla, Tarayzan, Joe the extraterrestrial.
• DEFEAT each and every boss (Moskito, Mister Sax, Mr Dark…) in epic showdowns to free your friends.
• BEAT the Hardcore mode with one single life or choose the Casual mode for infinite tries.

Want to get the feeling of the original controls: this game supports gamepad!

You are a Rayman’s fan? Go check out our other awesome Rayman games from Ubisoft: Rayman Jungle Run, Rayman Fiesta Run & Rayman Adventures! 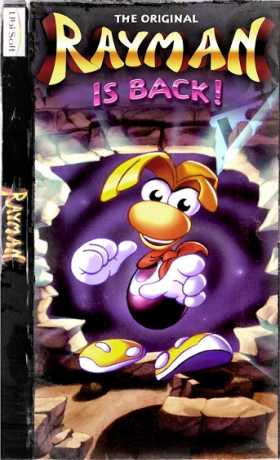 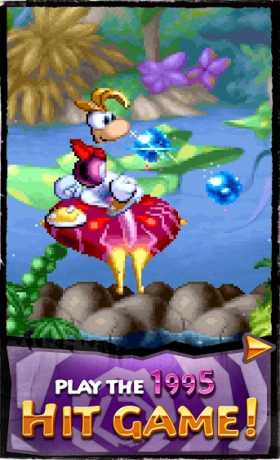 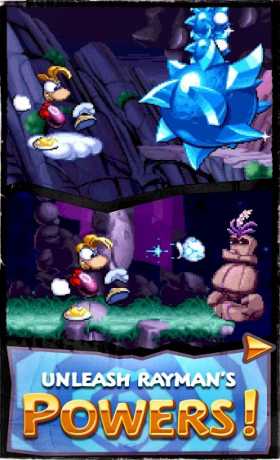