Puzzlerama is a collection of the best puzzles in the store: Lines, Tangram, Pipes, Blocks, Dots, Lasors, Shikaku, Unroll, Unblock and Bridges all in one game. It is the definitive stop for puzzle lovers, with more than 3,500 levels to relax, unwind and sharpen your logic skills. Beware of chinese clones like Puzzledom, Puzzly or Puzzlebox, Puzzlerama is the original game!

Better than any brain training, these Zen puzzles have no time limits but almost infinite fun! Puzzlerama merged all the king puzzles in a collection that will keep your mind active and entertained for hundreds of hours. And more puzzle games will be added in the future. From the creators of Mazes & More, the hit labyrinth and maze game.

★Flow lines – Number Link ★
Flow is a classic free Japanese game also known as Number Link or Arukone. You have to connect the pair of dots of the same color so the lines do not cross or overlap. The entire board must be filled.

★Color Fill – Tangram ★
Color Fill is based on Tangram, the classic Chinese dissection puzzle. The goal is fill the entire board by dragging the geometric shapes. Color Fill is a great reasoning puzzle that trains your spatial intelligence and your geometric skills.

★Pipes – Plumber ★
Pipes, also known as Plumber, is a rotation puzzle where you have to connect all the pipes to let the water flow through the pipeline. Tap the pipes to rotate them and connect the pipes of the same color. Pipes starts easy, but different pipelines and other twists makes it challenging in later difficulties. Don´t worry, there is no risk of flooding; the liquid is safely contained inside the pipeline!

★Block Puzzle ★
Block Puzzle is as simple yet extremely addicting puzzle game about blocks. Similar to Color Fill, the goal is to complete the entire board by dragging the block pieces. An hexa mode will be added in the future.

★Shikaku ★
Shikaku, also known as rectangles, is another classic Japanese game from the same inventor of Sudoku. Shikaku is played on a square or rectangular grid with some numbered cells. The objective is to divide the grid into different areas, each of them containing 1 numbered cell and the exact number of squares indicated in that numbered cell. Later Shikaku introduces new concepts and cells that keep it interesting and challenging.

★Unroll★
Unroll is a unique thought-provoking brain teaser inspired by slide puzzles. Move the tiles to form a path that connects the green and red tiles and watch the ball roll. Unroll features 250 levels in 5 difficulties or packs. Unlock the fun now!

★Unblock★
Unblock is a deceivingly simple yet challenging sliding block puzzle game. The objective is to move the blue block to the exit, by sliding the horizontal blocks side to side or the vertical blocks up and down. Wooden pieces, cars or even a mouse, unblock has come in different variations but none of them equals Puzzlerama´s. Don´t worry if all the pieces seems interlocked, just move them out of the way!

★Bridges★
Bridges, also known as Hashi, consists on a series of islands that need to be connected following a couple simple rules. You can only connect two horizontally or vertically adjacent islands, you can connect a pair of island with only 1 or 2 bridges and each island should be connected the indicated number of times. Bridges can´t cross each other and all islands have to be connected in a single configuration.

★Dots★
Find a way to connect all the dots in a single line. Start connecting two dots and you will get addicted immediately to this brain stimulating puzzle game.

★Lasers★
Lasers is a puzzle about moving blocks to reflect the laser beams and hit the targets. Sometimes you can make infinity loops.

As you play and enjoy Puzzlerama, new games, modes and features will be included! Please don´t hesitate sending us en email with any doubts, suggestions or comments.
Beware of chinese clones like Puzzledom, Puzzly or Puzzlebox! Have fun! 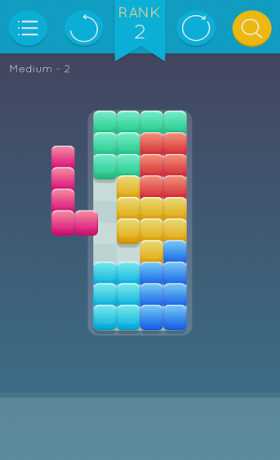 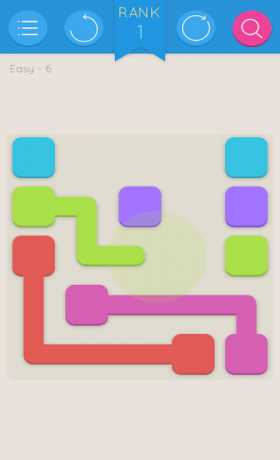 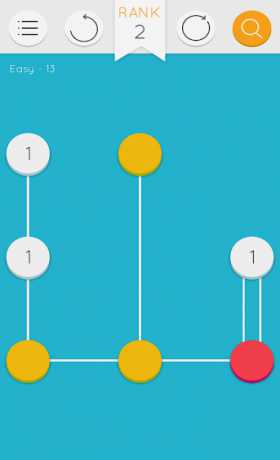