Puzzle Breaker – Fantasy Saga is a Puzzle Game for Android

Be a brave hero of the saga who saves the princess kidnapped by monsters and leave for a great venture.
Defeat the monsters by matching the same color of blocks. Your wisdom is required.

Puzzle Breaker is a three match puzzle game match three or more blocks of the same color and switch the adjacent blocks.
Defeat the monster obtain compensation (heart, gold, diamonds) and try to grow the skill of the player.

* Charged version has the following benefits.
– No advertising: The ad is not inserted into the game.
– Daily reward: The bonus is given every day.
– Fast heart charging: The hearts are charged 2 times faster.
– Facebook ranking: Entire friends ranking service is supported.

* The free version inserts the ad for arranging the development expense.

Tip 1. Touch the monsters. Intensive attack!!
Tip 2. If it becomes the berserker mode, move the block in a diagonal way. Strategic battle!!
Tip 3. If the special treasure box drops, touch it. Special bonus!!
Tip 4. Clear the level toward the higher level. Additional bonus!!

YPD GAMES is an indie game development studio in Korea from the capital to create an independent game.
We need your help to update and develop consistently.
We’ll try to make the better game.
* YPD GAMES : http://facebook.ypdnet.com 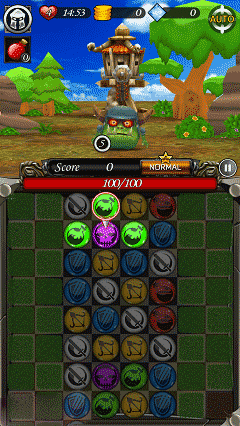 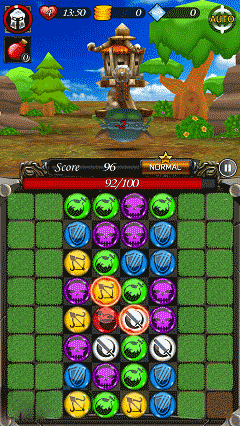 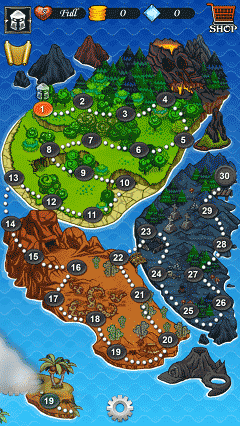