Take on the life of our most realistic polar bear ever in the sequel to one of the original fan favorite simulators! Explore a frozen world brimming with stunningly realistic biomes and animals alike. Meet other polar bears in the arctic and live together, raise your family, hunt for food, and become the strongest polar bear pack in the world!

HYPER REALISTIC SIMULATION
The arctic has never been more alive! Explore and hunt to maintain your polar bears thirst and hunger in the most detailed world we’ve ever created!

NEW ALERT SYSTEM
Blend in with blankets of crisp white snow to avoiding alerting nearby animals and giving them a head start trying to escape you! Animal AI is smarter and faster than ever!

NEW RELATIONSHIP SYSTEM
Build deeper bonds with your polar bears through the new relationship and personality system. Your pack recognizes heroic and caring acts that will alter the relationships between polar bears. Gain bonuses from synergetic polar bears hunting together!

EXPANDED FAMILY
Have up to TEN polar bears in your family! Seek out friendly polar bears and pass their challenges to recruit them to your pack! Play as your new polar bears and train them as brave warriors or cunning hunters!

BABY AND TEEN BEARS
A brand new age makes raising your cubs even more real! Breed polar bear cubs that will grow into teens and eventually full grown members of your clan!

CONQUER THE SPIRITS OF THE ARCTIC
Challenge the four elemental spirits of the forest to battles on an EPIC scale! Crush through ice, escape the wild winds, and face deadly flowers!

NEW DEN CRAFTING
Collect materials to decorate and upgrade your dens and make life for your polar bears even better! Building animal traps can provide your pack with a guaranteed tasty snack in the mornings!

MASSIVE OPEN WORLD ARCTIC
We have done away with procedural flora, and have instead hand placed every bush and tree in the world, bringing a more detailed purposeful world for you to explore!

REALISTIC WEATHER AND SEASONAL CYCLE
The world around you change before your eyes with our brand new seasonal cycles. Leaves turn fiery red, green grass blankets in snow, and weather effects will be altered accordingly to provide maximum realism.

OPTIONAL BLOOD EFFECTS
If you are of age or have your parents permission, turn on the blood effects to add even more realism!

Download Polar Bear Simulator 2 and prove you can survive as a wild polar bear in our all-new completely revamped simulation!

If you liked living as a Polar Bear then be sure to check out our other animal simulators! 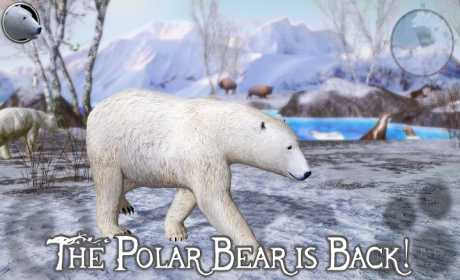 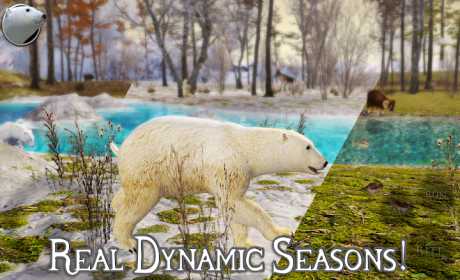 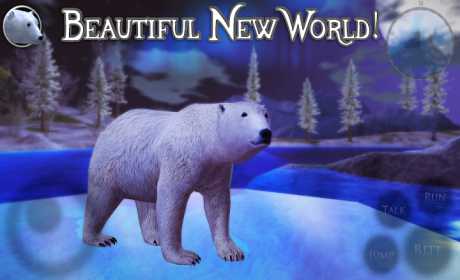