Pocket Heroes is a role playing game for android.

Pocket Heroes is a great roleplaying and real-time strategy game, here you can raise an elite team of heroes, each with their own amazing abilities, and lead them in frantic real-time battles against monsters.

Enter a Kingdom locked in battle where swords, guns and magic clash. Carve a path through countless monsters, battle the Cyclops, the desert worm, a giant man-eating plant, former brothers in arms, and even a dragon on a holy crusade against cunning and powerful demons who have tainted Camelot.

Synopsis:
King Arthur is murdered by demons and the realm plunges into chaos. As the sole survivor of the attack, you, Sir Eric, commander of the royal guard embark on a quest to avenge King Arthur and restore order to the Kingdom.

— Features —
• Build a powerful team from numerous character classes, and fight crazy monsters in real-time battle!
• A challenging and fantastic world of over 80+ enemies, including tiny goblins, great dragons, angry orcs and noble elves!
• Travel in the kingdom of King Arthur and complete your legend story in so many beautiful scenes.
• Converting your heroes and customize them with 100+ spells! Summoning an angel, or becoming an angel? Your choice!
• Over 800+ equipment to collect! Upgrade your equipments and become best of the best!
• Share your feats for bonus, and share your fun of this awesome roleplaying game with friends!
• Challenge boss together with players all over the world! 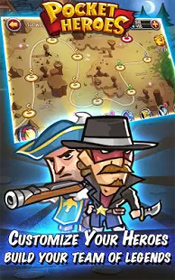 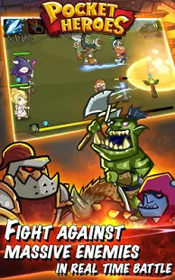 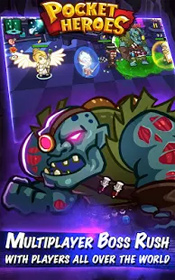