Plunder Pirates is like Clash of Clans but you have to create a pirate base and try to dominate all other pirates.

Conquer the seven seas with nothing but your wits –– and a huge army of pirates.

Plunder Pirates is a FREE strategy RPG adventure on the high seas. Build the ULTIMATE plan to stuff your stores with gold and foil the plans of oncoming attackers – all in REAL-TIME and the BEST looking graphics.

Up for a fight? It’s going to take masterful strategy, tons of manpower, and plenty of grog to protect your island from the attacking hordes of swashbuckling pirates. Create the perfect island headquarters, recruit a fearsome crew of pirate captains, and go to war with other players around the world to become the saltiest dog in the seven seas!

Features:
◆ BUILD an epic 3D pirate island fortified impenetrable defenses and plenty of firepower.
◆ SEE your island from every angle in killer 3D graphics.
◆ STORM other players’ islands in real time and plunder their booty!
◆ RECRUIT a crew from 10 different classes of seafaring scoundrels – each with unique skills.
◆ UPGRADE everything! Sail farther, get stronger, do more damage, protect your gold.
◆ JOIN a Pirate Guild with your friends for Guild perks. Plan your exploits in guild chat.
◆ EXPLORE uncharted waters in your mighty pirate ship.
◆ FIGHT naval battles with gruesome sea monsters and enemy ships.
◆ COLLECT Legendary Pirates – The most notorious plunderers ever known!

Latest Update: Legendary Pirates!
▸ NEW Legendary Pirates! – Recruit these 12 powerful pirates to provide support for your other pirates in battle and even buff your defenses!
▸ NEW Treasure Chests! – Ranked from common to legendary, any one of these chests will contain some sweet booty.
▸ NEW Rumble Leaderboard! – See how your plunderin’ skills stack up with the rest of the world. 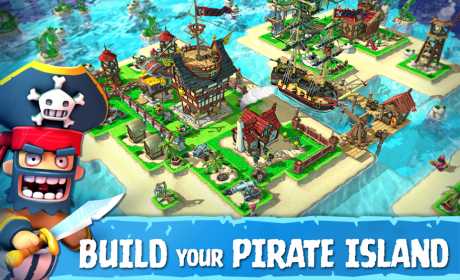 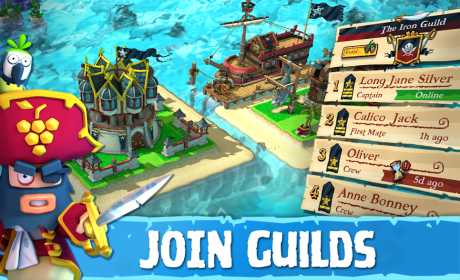 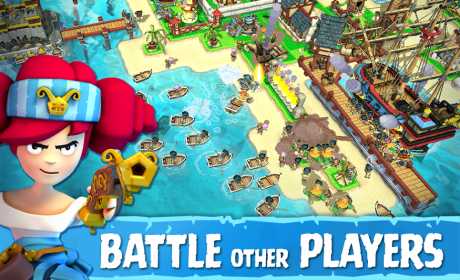