Pirate Kings is a game where you play a pirate and make an island in the Caribbean.

Join your Facebook friends & millions of other pirates from the 7 seas in the greatest pirates game: Pirate Kings!
Grow your island and make it the paradise that a pirate of your quality deserves. Spin the wheel to win cash, attack your fellow pirates, steal their gold and protect your island from invading pirates, argh! Pirate, join the adventure!

Millions of pirates play Pirate Kings every day. Don’t walk the plank! Come with us!!

Spin the wheel & win prizes.
There is only one thing a pirate loves more than islands and seas: gold! So, spin the wheel to win coins. A true pirate can never have enough cash! Even more, if you are truly lucky, enjoy attacking other pirates’ islands and loot their forbidden treasures. Yo ho ho and a bottle of rum!

Build & grow your islands.
Once you’ve gathered enough cash, start your pirate adventure and explore more islands! Build castles, put up a statue, decorate, and grow your ship! Pirate, your island is not a game, it is your kingdom!

Additional Mighty Features:
★ Battle your friends – attack, steal, defend!
★ Spin the daily bonus every day & get FREE BONUS COINS
★ Revenge other pirates who have looted your precious treasure
★ Use your gold to level up and build dozens of new islands

Become the Pirate King now! It’s free-to-play, but you can purchase additional in-game items with real money. If you don’t want to use this feature, please disable in-app purchases in your device’s settings.
Any suggestions or new ideas? Experiencing any problems? We love our players! You can reach our support from inside the game!
Pirate, your islands and friends await! 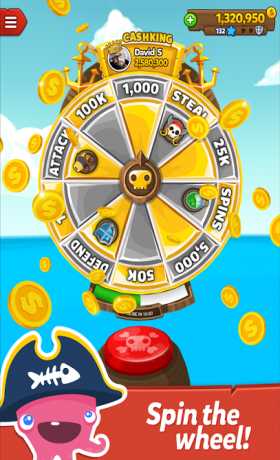 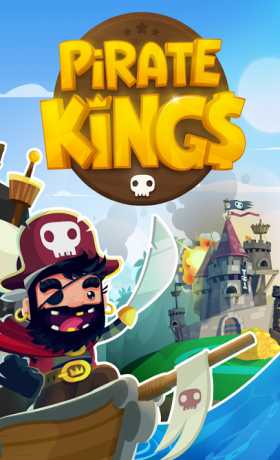 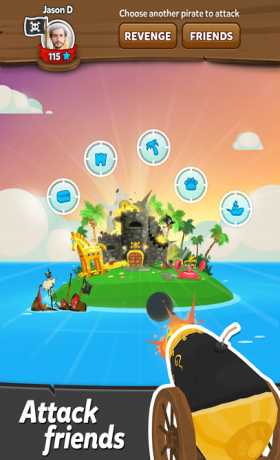