Perudo: The Pirate Board Game 1.0 Apk + Data for android

CHALLENGE, BID, CALCULATE AND BLUFF… TO BECOME THE MASTER OF DICE

Somewhere in a tavern, six pirates are sitting around a table playing dice. But only one of them can be crafty enough to bluff the others and become the master of Perudo.
Bluffing and piracy are the essence in the official adaptation of the renowned dice game!

In Perudo, every pirate has a cup and 5 dice. Roll your dice in your cup, then turn your cup onto the tabletop and take a discreet look at what you rolled. You can’t look at your opponents’ dice, mind!
Now, in every turn you have to bet on the total number of dice that have the same face value under all of the cups.
Keep bidding until one of the pirates doubts the bid and decides to reveal the dice! If you lied, you lose one die as well as your swashbuckling reputation! If you got it right, your opponent loses a die!
If you’re the last pirate to hold one die or more, you win the game!

Adopt a brazen strategy or a measured one – whatever you need to win the game!

Features:
• Simple and entertaining, for the whole family
• Up to 6 players: play in single-player mode against an AI, challenge your friends in Pass and Play, or challenge pirates from all over the world in online mode
• Customize your game: unlock avatars, cups and stylized dice over the course of your adventure
• Unlock the map as you make progress and play in unique settings
• Discover the story behind your adventure by unlocking segments of the tale over the course of the game
• Loads of achievements to unlock! 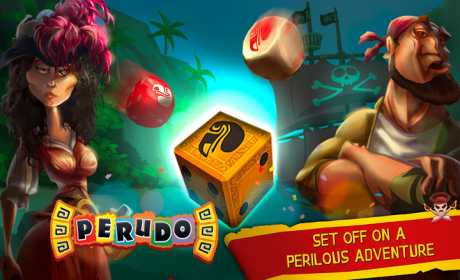 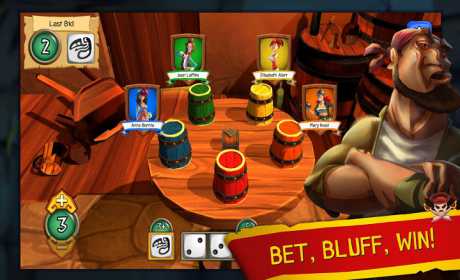 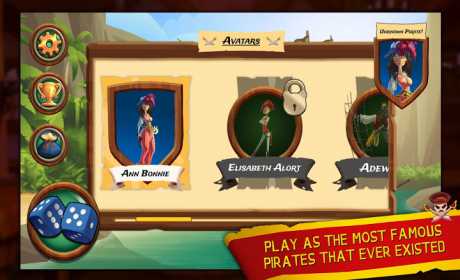 Perudo: The Pirate Board Game 1.0 Apk + Data for android was last modified: January 1st, 2019 by RevDl