My Om Nom is a simulation game for android

Adopt your own Om Nom, the cutest candy-eating monster in the world!

Om Nom, the star of the blockbuster Cut the Rope game series, needs a new home. And your device would suit him perfectly! Look after your new friend… and don’t forget to bring him something sweet.

• YOUR OWN OM NOM! Take good care of the adorable monster from the famous Cut the Rope puzzle. Play with him, bathe him, and feed him regularly with candy!

• INTRODUCING OM NELLE! For the first time ever, a little candy-eating monster girl.

• FUN TO WATCH! See your pet react to you in hundreds of hilarious ways! They get sick when ignored, so make sure that you are caring and attentive.

• UNLEASH CREATIVITY! Give your Om Nom a great new look with hundreds of customization options.

• DECORATE YOUR HOME! From a modest shack to a luxury townhouse. Then visit other players’ houses and see who is the better decorator!

• PLAY MINI-GAMES! Send Om Nom on a space trip, use your memory to match the cookies or power up your brain with a ‘match-three’ puzzle.

• SOLVE THE MYSTERY! Complete quests from the Professor to learn about the mysterious origins of Om Nom. 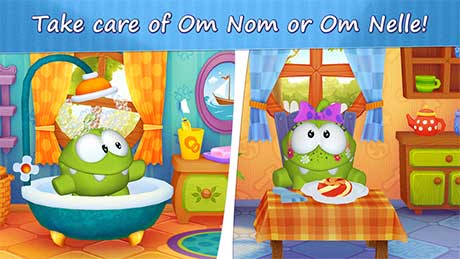 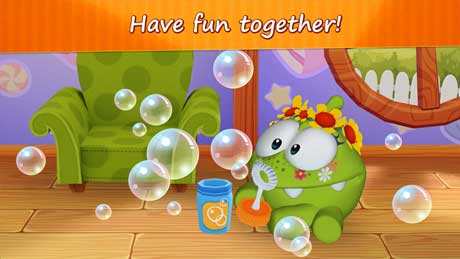 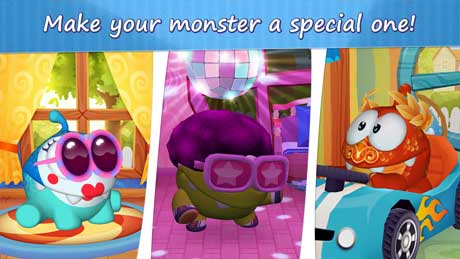