In Mushroom Wars 2, tribes of feisty mushrooms face off in short, action-packed real-time strategy battles. Step into the shoes of a fearless Mushroom Commander, choose a hero to lead your army, take control of the battlefield in a variety of multiplayer modes or challenging single-player campaigns.

* FOUR CAMPAIGN EPISODES – an episode for each tribe of Mushroom folk: brave Shrooms, alien Proteus, amazonian Shii’Moris, necromantic Grims. More than 50 missions in each episode!
* ALL-NEW HEROES with unique abilities – choose the one that best fits your play style
* FAIR COMPETITIVE MULTIPLAYER – leagues with award system and ranked matches make for fierce competition in up to 4-player battles
* EVEN WILDER CO-OP ACTION GAMING – two-player cooperative mode will make you act and think together! How will you combine your heroes’ skills to eliminate your enemies?
* CUSTOM GAMES – Just want to enjoy a friendly skirmish with your friends? Try out new strategies with up to three friends in free-for-all or team-based matches.
* TOTAL VISUAL OVERHAUL – unconditionally brave and cute characters on a mission! 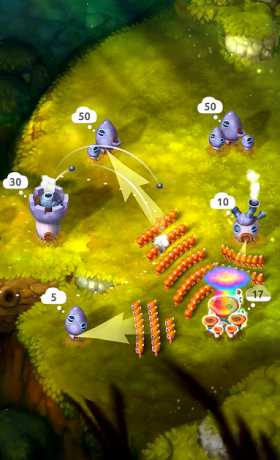 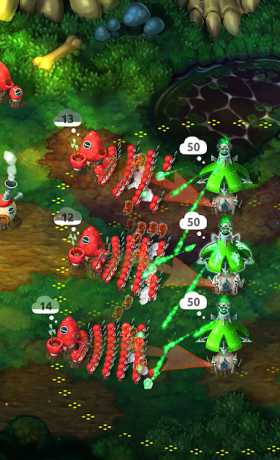 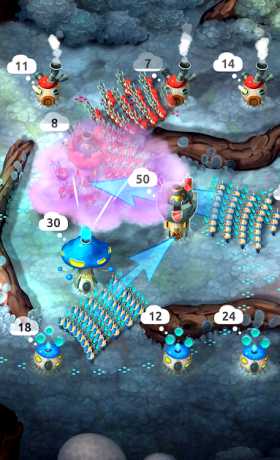