A Licensed Game Based on Mobile Legends: Bang Bang! You don’t want to miss out on this official sequel!
Let’s open a new chapter for the adventure on the Land of Dawn!

Mobile Legends: Adventure is a unique IDLE RPG game with a giant world map and exclusive hero stories, as well as relaxing gameplay. You can get great resources even when you are offline!
Features:

1. Carefree Idle Gameplay
Idle and battle to get great resources! Carefree upgrades & Relaxing Gameplay
Deploy your squad and heroes will battle for you automatically! Idle to get rewards!
Spend 10 minutes a day and you can join this fantastic adventure!

2. Abundant Strategies to Choose from
Mobile Legends: Adventure offers tens of Heroes of 6 different Powers. Show us your unique line-up and strategy!
Collect and upgrade Emblems and Equipment, suit up and power up!
You can enjoy this game with just a few taps!

3. Endless Stages to Challenge
Campaign, Labyrinth, Tower of Babel…All kinds of battles are waiting for you!
Collect, develop and battle! Power up to challenge stronger Bosses!

4. Challenge Players from Around the Globe
Enter the Arena to challenge other players!
Create a Guild with your friends and challenge Guild Boss together!

5. Unlock the Legend
Start the adventure on the Land of Dawn with Layla, reveal the little-known truth of the history and witness the Eternal War of Light and Darkness!

6. A Licensed Game Based off MLBB
Mobile Legends: Adventure is the official sequel to Mobile Legends: Bang Bang!
Elaborately reworked Heroes will bring you a different experience in this new Idle game! 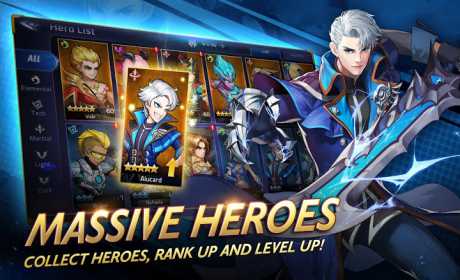 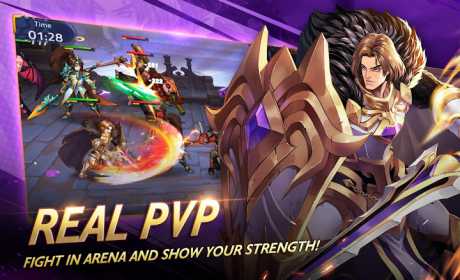 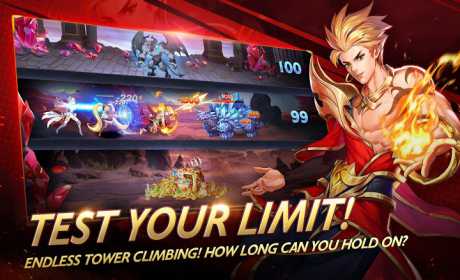