Missile Escape is a simple, fast paced and addictive 2D game where your mission is to dodge all homing missiles that comes towards you with one single objective: shoot you down!

Use the simple control to fly your plane and avoid the missiles. Make them collide with each other and collect stars to increase final score.

Missile Escape features:
– Addictive arcade gameplay;
– Two game modes: Survival and Time Attack;
– Three control modes: touch, accelerometer and analog joystick;
– Collect stars to increase the final score and unlock new planes and upgrades;
– Make the missiles collide with each other to increase final score;
– Survive as long as possible to stay at the top;
– A pursuer plane will randomly appear to knock you down! Can you defeat him?
– If one or both of the airplane wings has been hit, you can try to pick up the Tool power-up icon to fix your plane and win a second chance;
– Collect Energy Shield power-up icon to increase your chances against the missiles;
– Shoot flares to attract missiles;
– Single engine planes, jet planes and spaceships available;
– Compete with other players on Google Play Leaderboards;
– 45 levels with 3 objectives each! Challenge yourself and try to beat them all;
– Complete mission objectives to earn stars;
– Free casual game!

Missile Escape: Escape if you can! 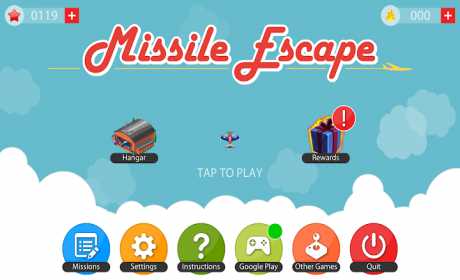 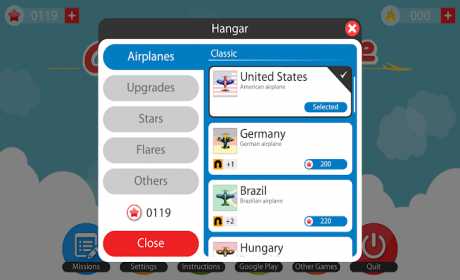 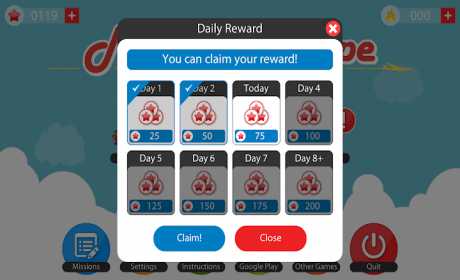