The craziest races are now on your hand with MiniDrivers! The animated serie which is loved by millions of people around the world has a new main character: You! Create your own stores or change the rules becoming World Champion.

IS TIME TO RACE!
If something is peculiar with MiniDrivers is their way to see the sport. Who said races are boring? Surprises will be in every corner with the power-ups that you’ve seen on the animated series. Freeze your rivals with the Freeze-o-Kimi, throw a boomerang as the Australian drivers or smash your rivals as the most “shocking” driver does in real life. Create your own formula to win.

Enjoy three different game modes, like the Tournament that will make you show that you’re the best driver. The season mode will allow you become the 2015 MiniDrivers World Champion and the online tournament that will allow you to show everyone that you’re the best driver with the weekly challenges against your friends around the world. Also you can enjoy the chapter of your favorite cartoons and see all the chapters from our app.

A SEASON TO REMEMBER
Race on the 20 most known tracks of the series full of details and surprises that will shock you with the full grid for this 2015 season of MiniDrivers. Will you be able to beat Minicedes with your favorite driver? Now you can do it! Change the story and specially… Change the rules!

MINIDRIVERS AS YOU HAVE NEVER SEEN BEFORE
Realistic graphics adapted to all the devices. Also you will be able to change the amount of detail. You will see everything!

BE THE NUMBER ONE IS THE BEST FORMULA
Realistic physics for the most exigent drivers with an arcade handling for the little ones. All the people can race at MiniDrivers the videogame! But don’t forget to upgrade your car if you want to be on top and beat your rivals.

COMPLETELY FREE
To enjoy as much as you can the game we offer the game completely free with inApp purchases that are optional. Put your seatbelt and press the acceleration because the championship has started! 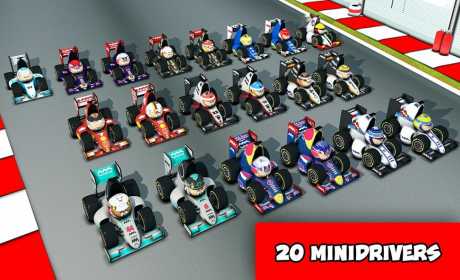 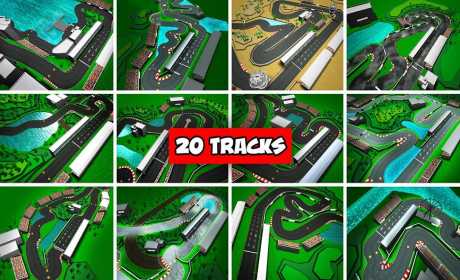 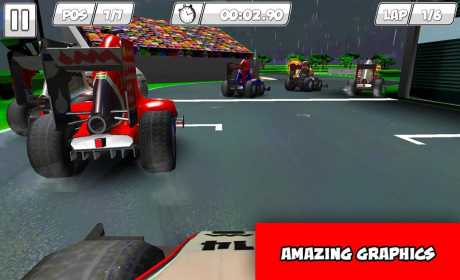