The year is 2027 and a big uprising took the existing government in your country. As the leader of the rebels you got unlimited authority in the country. The parliament got your nomination and you way to bring the country to be empire in the Middle East.

As new leader, your goal is to ultimately become supreme to all others.
Using everything from diplomacy to war, you must strive to build an empire, both economically and militarily, superior to all others.

The system design to think on thousands of possible scenarios and to choose the best way to win.
In the end of every game the system will show your score and what the AI think on your leadership skills.
The game have real data and based on CIA World Factbook. 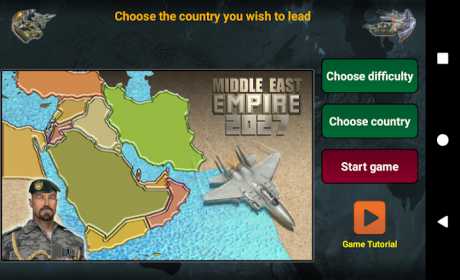 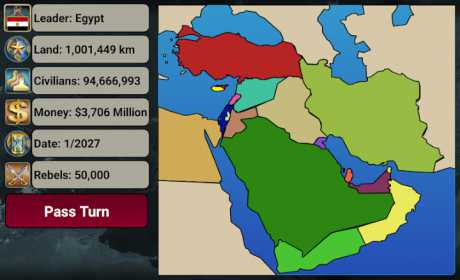 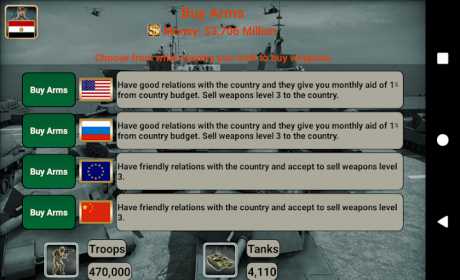 Crisis of the Middle Ages 1.0.8 Apk for android