“Mega War – Clash of legions is a special real-time strategy game with epic human battles against Orcs. You can build your legendary army with unique units, items and lead humanity to the ultimate victory. In addition, you can also compete with powerful armies from all over the world in pvp battles. This is an open world, where you can unleash finding species that seem to be only in legends such as Dragons, Orc ,Dawrf, Elf, Taurent, Troll, Undead, … etc. Conquer and use them for strategies that only you know to achieve your armies ultimate goal of victory on the battlefield.

FEATURES
● Massive 200v200 Unit Battles
● Easy to learn but difficult to master on the battlefield, thousands of strategies must be used in battle to lead your armies to victory.
● Attractive Campaign with an interesting story behind and extra rewards
● Duel players from around the world in battle arena with pvp war.
● Hunting for Dragons and capture them for your purpose.
● Lead your Kingdom against the Demons from Hell in Endless war.
● Co-op with other player in Naga Clan
● Quenching rebellions with thousands of enemies to reassure the people in bandit war.
● Challenge yourself with plenty game events and collect amazing prizes.
● Form a Clan to share cards and build your very own battle community (Coming soon)
● Join millions players in clan raid and war (coming soon)
● Collect treasure chests to unlock rewards, collect powerful new cards, and upgrade existing cards.
● Custom your armies with plenty of different items.
● Create your own custom PVP experiences through Friendly Challenges, Friendly War (Coming soon)

We would love to hear any feedback from you. If you have problems or questions, please leave a comment or email us at: [email protected]

Wish you a good time! 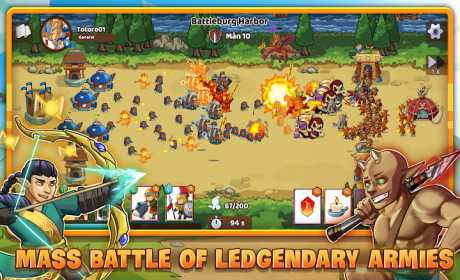 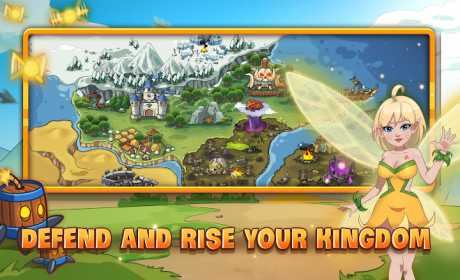 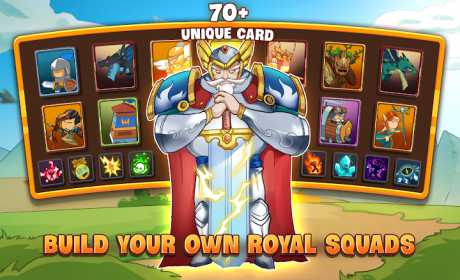