Medals of War is a FREE real-time multiplayer battle strategy game where you deploy and control your Squads in a WW2 Fantasy world of Warland!

The Best Defense Is An Explosive Offense! Enlist now and fight it out for victory in tactical combat with real-time multiplayer matches to compete for the top position in the world! Perfect your skills and strategy in tactical WW2 Fantasy battles, where you can control the actions of each of your army squads!

Medals of War is set in a WW2 Fantasy world of Warland, which is an over-the-top militaristic world of battling autonomous armies. Deploy your troops in competitive battlefield combat against other players skilled in tactical military simulations from around the world. Featuring refined RTS gameplay with a wealth of different characters, equipment and environments, Medals of War is a truly immersive experience. The narrator and the link between the intense gameplay action and the real world is Flower Adams, a beautiful and savvy war correspondent.

There is a huge variety of different decks to build, based on your tactical choices. You can choose unique Officers to lead your armies and use their Powers to march to victory and glory! Players are matched against each other in explosive real-time battles where every command counts!

Key Features:
— Collect and upgrade your Army Units to be the best! –
— Challenge your friends to fight in epic multiplayer Battles! –
— Select the Squad best suited for your strategy and tactics! –
— Command and control your Units in Battle! –
— Unleash epic military attacks using your Power! –
— Turn the tide of the battle by conquering No Man’s Land! –

Build an army formed of several heroic units of various different types, such as Riflemen, Grenadiers and Tanks. The units are skilled in the specific combat roles of offense and defense on the battlefield. All units are upgradeable and with different levels of experience. Collecting and upgrading various decks of top-notch units is the bread and butter of building explosive battle tactics!

The most experienced, battle-hardened players can team up with fellow commanders to form companies to take this challenging strategy game to the next level! Medals of War is a community-focused RTS game that brings players together with their friends for more competitive, explosive action. Your objective is to level up, hone your military skills and march to victory as the best commander in Warland.

On the battlefield, players are matched with each other in intense PvP combat – In real-time! Players are given previously unseen control over deployed units and supported by mighty orders that can turn the tide of the battle. See in the battle mode each other’s PvP Medal ranks, gain insight about your biggest opponents and use it to claim your victory.
Come help to fight for the Warland’s agenda, fight against the mischievous Renegades by attending weekly challenges called raids. On the battlefield, you will face all-new missions and scenarios, of course, followed by all new rewards! The raids change and vary from time to time, with all new objectives for you and your army. Take on the challenge of leading your squads on special missions with different map functionalities or limited time events for more edge of the seat action… 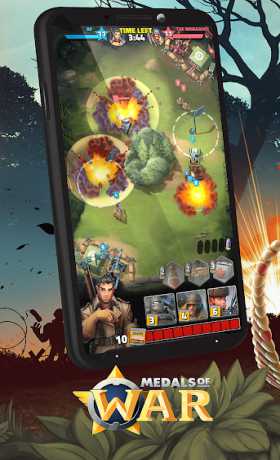 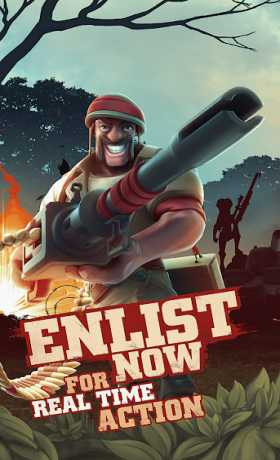 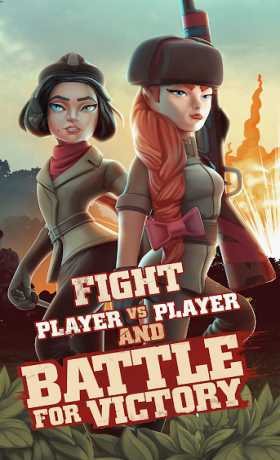