MARVEL Avengers Academy is a video game with a touch of strategy, where you run a high school full of superheroes.

Spider-Man is coming to Avengers Academy for a special limited-time event! Our friendly neighborhood wall-crawler faces famous enemies and new adventures in this action-packed update! Spider-Man is being blamed for a rash of crimes throughout NYC, and he’ll need to team with the Avengers to uncover the villainous scheme. Play now, and recruit new Super Heroes to help Spider-Man clear his name and save Avengers Academy before it’s too late!

Experience the MARVEL Avengers as you’ve never seen them before!
Build the ultimate Super Hero academy, and play as your favorite Avengers characters reimagined as students developing their superpowers. Enroll today and become a hero!

Hydra is at it again. In light of a recent attack that defeated S.H.I.E.L.D., Director Nick Fury has founded Avengers Academy. The goal: to teach young heroes how to develop their unique abilities and triumph over evil. A young Iron Man is the first to sign up and ready to recruit new heroes, such as Wasp, Thor, Loki, Captain America, Black Widow, and Hulk, to defeat Hydra. But all is not perfect on the Avengers Academy campus. A mysterious “timefog” surrounds the Academy, which raises even more uncertainty for the burgeoning young heroes. Dive into the MARVEL Avengers Academy world to meet your heroes, defeat Hydra, and uncover the truth behind it all.

BATTLE EPIC MARVEL VILLAINS
– Power-up your team and send them to combat!
– Develop your hero’s and villain’s iconic powers at Super Hero academy
– Strengthen your MARVEL Avengers team and upgrade their powers

MARVEL Avengers Academy is free to download and play, however some game items can also be purchased for real money. If you do not want to use this feature, please setup password protection for purchases in your settings. 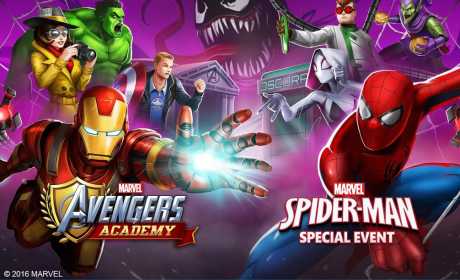 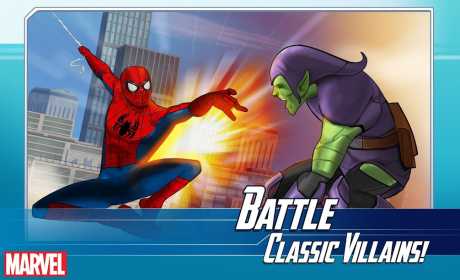