Magicka is a adventure game for android

Magicka – Wizards of the Square Tablet: Now you can accidentally set your friends on fire from anywhere!

“Magicka Wizards of the Square Tablet is hands down my favorite game of the year so far, and it’s an Android game you need to own if you have a tablet”
– android-apps.com

“This is 2D brawling taken to the next level and the free-form magic system means you’ll always have a novel way to dispatch the goons (and even friends) around you.”
– AppSpy (5/5)

From the publisher that brought you Magicka, it’s more Magicka! Featuring the innovative and dynamic spellcasting system from the critically acclaimed PC hit, Wizards of the Square Tablet brings to your Android those lovable robed rascals from the popular RPG spoof. Now you can bring them with you wherever you go, in a brand new campaign set before the original tale of Magicka.

Touch, tap, poke, and prod your way through the new campaign by yourself, or “accidentally” obliterate your friends in multiplayer co-op, which supports up to four wizards! Play together with fellow mages across multiple platforms, which may co-exist in the same game session thanks to a twisted union made possible by dark sorcery!

Cast your spells across multiple levels, and unlock new powers unique to the mobile Magicka experience. Experience the humor and chaos of this satirical fantasy world, and don’t worry too much if your tablet isn’t exactly a square!

Features:
* Combine elements to create thousands of spell combinations
* All-new campaign for single or multiplayer
* Cross-platform co-op
* 4-player mayhem with many “accidental” team-kills
* New items and powers unique to the Android
* Spend hours touching a representation of yourself 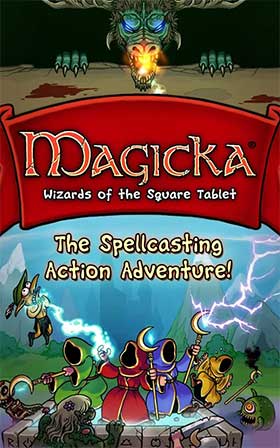 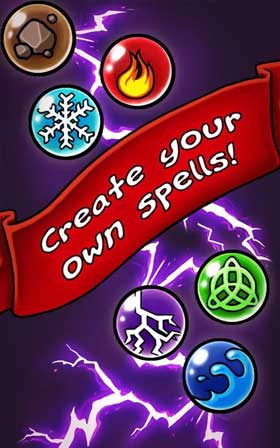 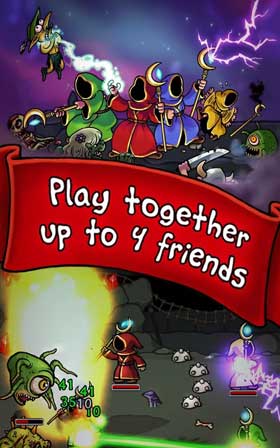