Test your skills as you craft the perfect deck and climb to the top of the leaderboards in competitive player-versus-player combat!
Download Magic: Puzzle Quest

OUT THINK YOUR RIVALS
Test your skills as you craft the perfect deck and climb to the top of the leaderboards in competitive player-versus-player combat! Prepare and strategize what creatures and spells are needed to overcome an ever-growing collection of single player challenges.

CUSTOMIZE YOUR SPELLBOOK
Build a worthy deck and battle some of Magic: The Gathering’s most deadly forces. Powerful spells such as Tragic Arrogance or ferocious creatures like Avaricious Dragon await combat on the match-3 battlefield.

RECRUIT MIGHTY ALLIES
Choose the most powerful Planeswalkers in the Multiverse and build a deck worthy of these formidable mages. Stay several steps ahead of your enemy with Jace, the master of deception or unleash the pyromantic fury of Chandra, the fire mage.

UNLEASH YOUR PLANESWALKER
Use your Planeswalker’s unique abilities like Chandra’s Flameshot to annihilate your enemies, or Liliana’s Necromancy to raise the dead. Level up your Planeswalker and spells to crush your foes. 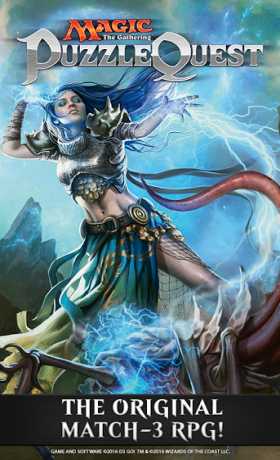 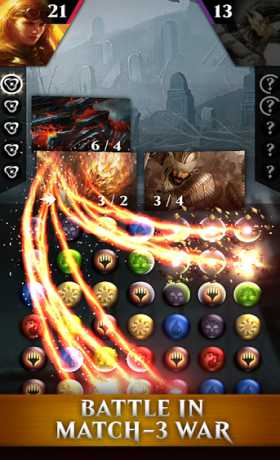 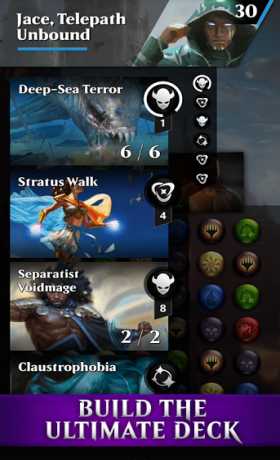