A music puzzle game with synchronized music and visuals! We highly recommend playing with headphones or earphones!

■□Introduction□■
LUMINES
“Illumination Puzzle of Sound and Light”
A series that has sold over 2.5 million copies for home video game consoles.
Distributed in 76 countries worldwide with over 10 million installs.
The award winning music puzzle game supervised by Tetsuya Mizuguchi is now available in Google Play!
・Synchronization of Music and Visuals
The transparent visual designs together with high quality sound have created a truly immersing gaming experience.
Feel the delightful harmony of game play, sound and visual all in one.

・Fusion of Music and Gaming
“The Fusion of Music and Gaming”, Tetsuya Mizuguchi’s original concept of LUMINES which earned him a spot on the “Digital 50”* has been inherited down and further enhanced.
This is an authentic Music Puzzle Game, a true mix of Dance Music and Puzzle Games.
The thrill of racking up high scores combined with the excitement gradually generated by the music and visuals provide the player with an experience like that of a music fest or a live show!

* Digital 50: Mizuguchi was selected as one of the top fifty digital innovators in the world chosen by the Producers Guild of America and The Hollywood Reporter in 2006.
・A variety of challenges and achievements
Various difficulties and game modes such as Challenge, Time Attack and Endless Score Attack modes provide plenty of challenges and goals.

・Easily post to popular Social Networking Sites
A mechanism has been implemented that allows players to post “Let’s play” videos and share their achievements on SNS.
Both the game screen and the in-camera can record simultaneously, making it possible for anyone to record “Let’s play” videos!

□Supported OS
Compatible with smartphones and tablets with Android 4.1 and beyond
* Please not that there may be devices with the above OS that will not run the game.

□ Contact customer support:
[email protected]
* If you have set a spam filter, please add the domain “@mobcasthelp.zendesk.com” on your whitelist so that you can receive our mail. 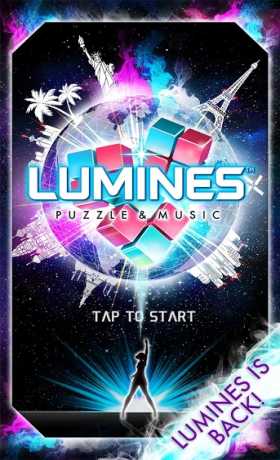 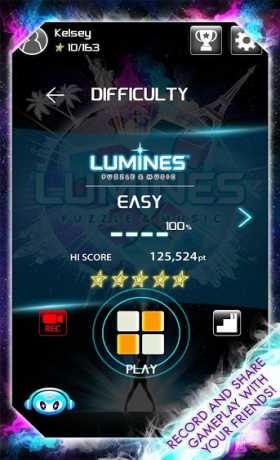 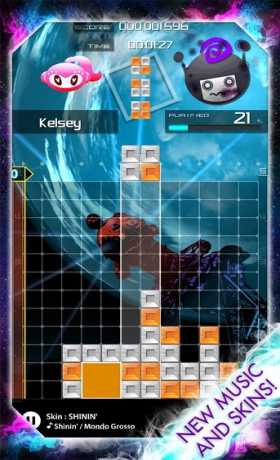