★★★Remember do not let them bite you. ★★★
After the deadly mutation virus escaped from the lab most of the city is turned into a Zombie City.

You must do whatever it takes to retrieve the anti-virus and put a stop to the undead nightmare.
They are recently found in all major city, zombie hordes started to appear out of nowhere and terrorize the human race. Dive into the dead city and save the Human from the deadly zombies. Now you need shoot and kill all the Zombies and recover the anti virus. Zombie shooting was never so exciting as this one.
★★★★ Features ★★★★
★Cutting Edge of Tomorrow graphics
★HD and Award winning graphics
★Amazing living dead dolls rag-doll effect on die
★INTENSE, fast shooting experience
★DEFEAT endless Zombie hordes
★Scary sounds
★DESTROY and kill Zombie Monsters
★STRIKES an impressive balance between humour and fear.
★Horror games free scary, scary maze game

If you have a question that are zombies real? Then the answer is yes. The return of the living dead because of the tvirus was possible. On the night of living dead you should shoot zombies using ak47, mp5, assult rifle. Zombies run everywhere in city looking for humans to eat. Zombies ate many of your friends and this is the time you should
act upon them and show no mercy. They are deadly and bloody.

• Grab your phone/tablet, get in control and bring infected horrors down. Your interface is zombie-shooting ready.
• Zombies are weak at the Head, try to shoot them at the Head to bring down the Zombies.
• Throughout the campaign you will find new weapons and money to upgrade your armory.
• Living Dead City will throws you into the gruesome world of the zombie apocalypse where there are no second chances. Do what you have to in order to stay alive. Unlock guns and act fast to save the Living Dead City.
• Modern combat has become lot more complicated – dead trigger amongst us once again with unbelievably power.
Humanity called all soldiers to fulfill duty which they promised.
Frontline battlefield becomes blood baths and humankind once more tastes their own blood.
Dead trigger once again… Modern warfare weren’t the same since then.
• The walking dead, running dead zombies can come from all underground subway station. You need to pull the
dead trigger to kill them. Zombies are weak at the neck and head part. Try to shoot them at head part to see the
dead effect. Edge of tomorrow graphics. 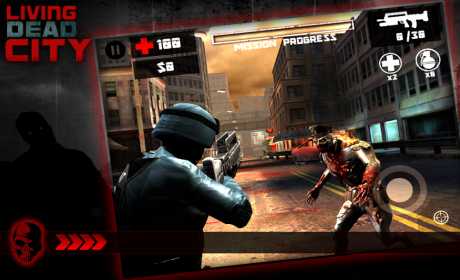 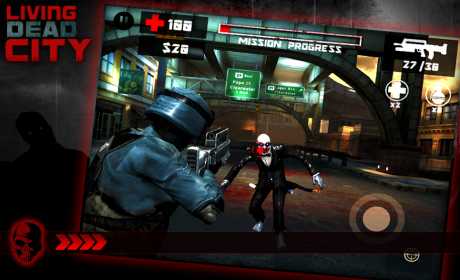 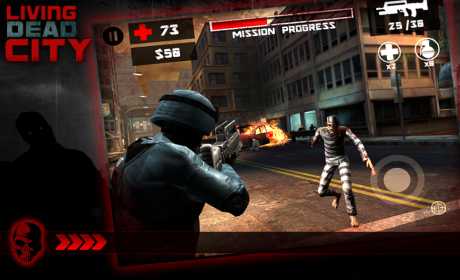