Little Dictator is a casual game for android

North Korea’s Little Dictator… I mean Great Leader, Kim Jong-un, has vanished off the face of the Earth for months, only to emerge with a secret missile program destined to destroy the imperialist west! With his infinite intelligence, Kim has masterminded a genius system to harness the power of your touch screen device to help him navigate the dangerous world outside the Fatherland.

Launching from the heart of Pyongyang out of the Ryugyong Hotel, The Great Leader himself pilots each superior missile created from the unlimited strength and resources of the DPRK fueling rockets with NKs best military intelligence:
☆ FATHER’S GOLF CLUBS: Iron hitting 11 hole-in-ones make for the best rocket frames!
☆ CHICAGO BASKETBALLS: We have so many!
☆ DOUBLE RAINBOWS: Invented by NK, for NK, not for the west!
☆ GIANT RABBITS: Who use double rainbow farts for the best propulsion!
☆ GOP HACKERS: Hacking missiles to go faster, further, and better!

In the infinitely unlikely event that the missile explodes before it reaches the evil west, more missiles will be supplied to try again and again… and again and again! Not to worry, Kim Jong Un possesses the hearts of his father and grandfather giving him ultimate endurance and strength to withstand any small mishaps along the way… very few of course!

Take control of DPRK’s future and launch the Great Leader to non-photoshopped gloriousness! 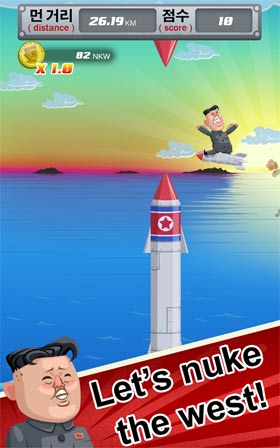 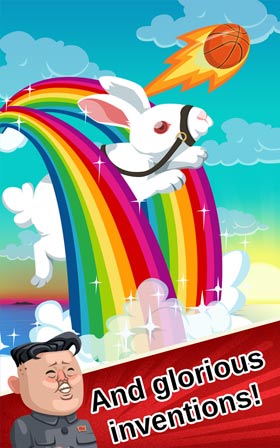 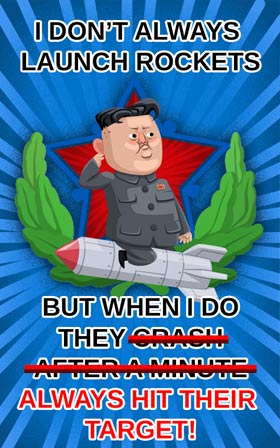 The Simpsons Tapped Out Mod Apk 4.58.5 Hack(unlimited donuts,money) for android