Link2SD is a Tools Game for Android

Link2SD is an application manager that makes it easy for Android 2.1+ users to move applications to the SD card, to clean all cache files of the apps. It enables you to manage your apps and storage easily.

It also provides native app to SD (app2sd) features on Android 2.2 and higher. It can move any non-protected user apps to SD card (force move), with batch moving capability.
That feature uses Android’s standard SD-card installation feature and does not require a second partition.

Cache cleaner function clears all your cache and free up space with a single tap. Also cache cleaner widget displays total cache size and enables “one tap cache cleaning” without opening the app.

Features:
✔ App manager
✔ Create and remove link for apk, dex and lib files of the app.
✔ Plus version also links private data files of the apps
✔ Automatically link newly installed apps (optional)
✔ Move any user apps to SD even though the app does not support moving to SD (a.k.a. “force move”, for Android 2.2 and higher)
✔ Shows the apps that support moving to SD with native apps2sd
✔ Set the default install location of the apps; auto, internal, or external 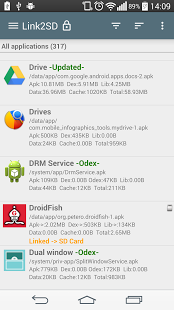 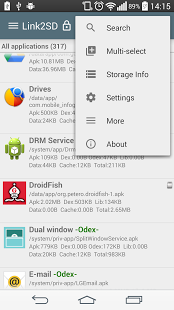 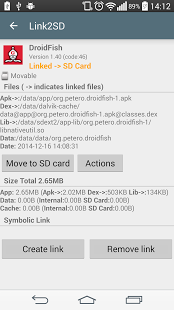