Light flow allows you to take control of the notifications on your device.

If you’ve come from a Blackberry device and miss the features of BeBuzz / BerryBuzz then give LightFlow a try!

This app will allow you to control the notification color for the over 600 applications and system events such as:
* Missed calls
* Voice mail
* Calendar reminders
* gmail
* email
* SMS messages
* MMS messages
* Low battery
* No signal
* Google talk
* Facebook
* Twitter
…and many many more

It allows the colors to flash in succession, so if you have a new SMS and a missed call it can alternate between the two colors. You can also set which notification type has the highest priority and let it flash in just that one color.

It’ll even push notifications out to your pebble smart watch, Sony smart Watch and the DashClock lock screen extension.

Not all phones support all colors.
For example: Most HTC phones only support 3 colors and require “Rooting” and running the app in “direct mode”

Some phones can only light up the notification while the screen is off.

Some phones cannot have their notification light always on

Note that it will take over control of your notifications and you will therefore only get notifications for categories that the app allows.
★ We recommend you try the “lite” version first before purchasing to avoid any disappointment if it doesn’t work for you. Some phones require root privileges to access the LEDs. ★ 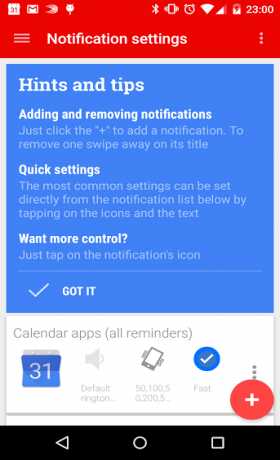 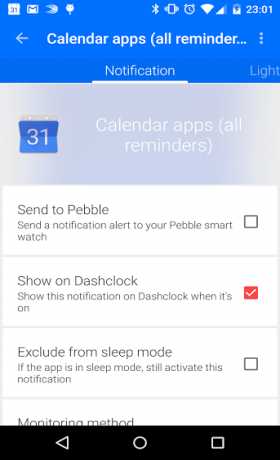 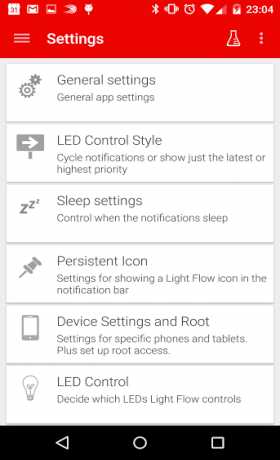