The evil Djinn Nadakhan is stealing parts of Ninjago Island to rebuild his realm of Djinjago in the sky. Playing as Jay you must battle him and his gang of SKY PIRATES to rescue Zane, Nya, Lloyd, Cole and Kai to take back the stolen lands and rebuild Ninjago.

Outnumbered and behind enemy lines you must decide your Ninja style. Stealth or fight – the decision is yours!

– Choose how you want to play. Sneak through shadows to outwit enemies with stealth or fight them in epic sword battles.
– Awesome side scrolling fun.
– Find the secret Tiger Widow venom to stop the evil Djinn Nadakhan.
– Collect studs to upgrade your Ninja skills.
– Simple one touch control mechanic.

LEGO NINJAGO: SKYBOUND is free to play and offers no in-app purchases. 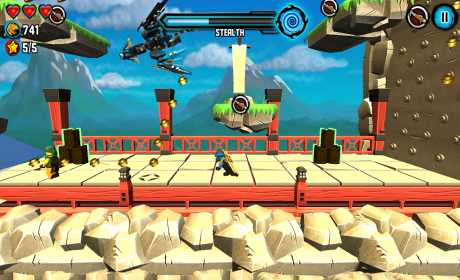 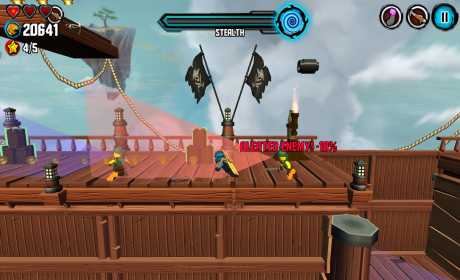 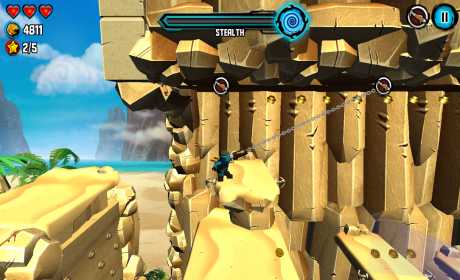