Knights and Dragons is a game that mixes different elements from turn based strategy, traditional role play, and social gaming.

NEW EVENT: HEROIC MODE – The Dark Prince has infused his monsters with the power of Starcrystal Fragments to give them unimaginable strength! Go forth and defeat those abominations in Heroic Stages to collect their Fragments, form Starcrystals and use their power to craft EPIC ARMORS!”

Knights & Dragons is a non-stop action RPG with endless battles against mythical creatures and knights in one massive action-packed adventure.

Rise up and build your team of heroes from friends and players all over the world for deadly, fast-paced battles full of thrills and excitement!

• Free-to-play action RPG
• Go on epic quests and adventures in uncharted realms
• Defeat legendary beasts in fast-paced battle
• Team up with your friends for hours of gameplay
• Square off against players worldwide in weekly tournaments
• Unlock hundreds of knights, armor, gold, treasure, and more 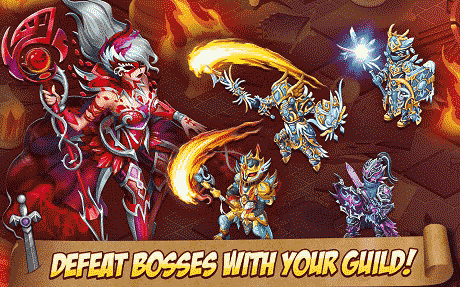 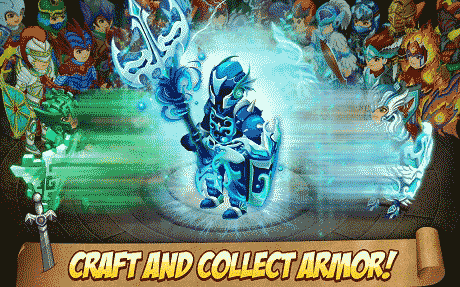