In this new role-playing game, you are a Rage Knight, born to fight and conquer. Battle friends and foes in a living fantasy world full of mysterious monsters and mighty enemies as you strive to become the Land’s most feared and famous Knight in the Order of Rage.

Rage Knights, heroes to the people, once defended the world. Now, it is controlled and corrupted by the dark power of Lord Karnon. As a new Rage Knight, explore a rich fantasy RPG world, battle epic monsters, fight enemies and corrupted Rage Knights to create your own legend amongst the Order of Rage.

💥 BRING YOUR INNER KNIGHT TO LIFE
Launch the game, create your Knight and join the new action-packed RPG adventure from Midoki and enter an epic fantasy world!

• Follow the legendary Sir Edward Drakeson through your first RPG trials and battle him to prove your worth to the Order of Rage.
• Earn your Gauntlet, the powerful relic and symbol of the Order of Rage and begin your epic RPG adventure in Astellan, at the edge of a colourful fantasy world.
• Play the game of fame and riches by collecting legendary items to customize and strengthen your Rage Knight.
• In this brand new RPG, recruit and upgrade Ancient Heroes to improve your battle powers.
• Call upon your Rage to unleash your Heroes’ unique abilities during a fight.

🏆 FIGHT YOUR WAY TO THE TOP AND BECOME A LEGEND
In this new game, level up your Knight and battle goblins, beasts and undead creatures as you delve deeper into a world of fantasy and mystery. In this gesture-driven combat game, choose the best RPG tactics to win battles and become a legend.

• Win rare treasure in hunts and quests to improve your gear and up your game.
• Collect Ancient Heroes to fight by your side and summon their epic abilities in times of need.
• Choose your RPG strategy. Select your weapons and heroes to fit your goals and win the fight!
• Master your RPG combat skills: Create a perfect chain of attacks switching between weapon, gauntlet and Hero powers.
• Defeat fellow knights, and become the Hero of the PvP arena.

🛡 GEAR UP IN STYLE
Your Knight, your style! In this new RPG game, create the perfect mix of style and power to stand out from the crowd!

• Fully customise your Rage Knight. Show off your epic style to your friends and foes.
• Collect the best gear from hundreds of items and stand tall in the PvP arena and leaderboards.
• Create a look that fits your personality and fight with style.

⚔️ JOIN THE KNIGHTHOOD
Join a guild: hone your RPG skills by defeating titanic Guild Bosses with your fellow knights.

• Build your own guild: Rally your friends and develop an unstoppable fellowship – a Guild to be the envy of them all.
• Chat with guildmates in real-time to strengthen your bonds and hone your RPG strategy.
• Fight Epic battles. Together you can build a legacy and live up to the glory of the Order of Rage.

Knighthood tailors the RPG experience to your mobile device and lifestyle. In this game, explore towns and dungeons while engaging a fantasy world full of monsters in one-handed, epic gesture-driven combat.

Knighthood is completely free to play but some optional in-game items will require payment. You must be connected to the Internet to access the game. 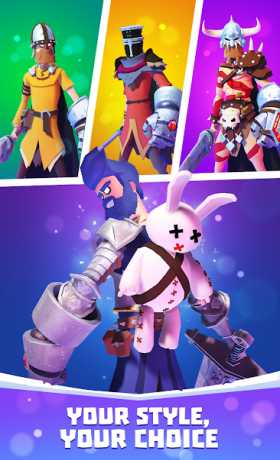 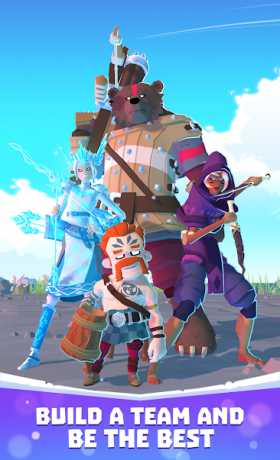 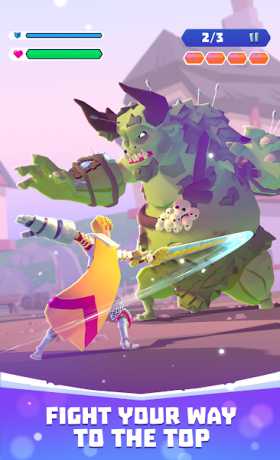