Jewellust is a Puzzle Game for Android

Welcome to the Ancient Egypt! Swap and burst jewels to travel through pyramids! Get famous match-3 game!
Jewellust is a gem-swapping puzzler with original features, magnificent colorful graphics and vivid animation.
This jewel puzzle reminds Bejeweled but has many interesting features and exciting gameplay. One of the first Android top-seller games, Jewellust now supports all existing screen resolutions and 5 languages (English, French, Spanish, Russian and Japanese).

***Rules***
Burst the gems by grouping them to three or more in a row (or a column) before time runs out. You must take all mosaic tiles to the lowest row.
If you’ve burst four or more gems in a row, a bonus gem will appear (if available). In campaign mode new bonuses become available as your journey goes.

ubscure.com:
“…this game is challenging enough to keep advanced gamers happy and simple enough for beginning gamers to pick up easily.”

androidtapp.com:
“Jewellust is really fun and addictive, one of the best puzzle games around.” 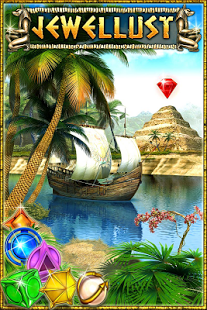 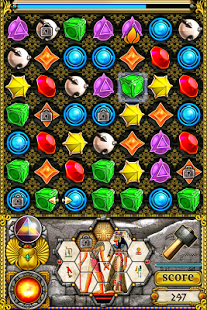 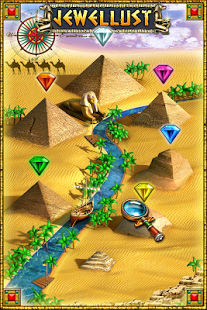 Bombs and Gems in Space v1.0 Apk for Android