Fight your way through 3 new Dungeons inspired by the Brave New World album.

Battle the legions of darkness across time and space as otherworldly anti-hero ‘Eddie’, in an epic turn-based fantasy RPG.

COLLECT AND COMMAND
Warrior, Magus, Sentinel, Gunner or Assassin. 5 different classes and 100’s of characters to collect. Defeat corrupted enemies, turn them to your side and create incredible teams!

UNLEASH INCREDIBLE POWER
Eddies come in many shapes and forms, each featuring their own unique set of powers and abilities, including; Cyborg, Mummy, Trooper, Vampire, Viking, Samurai, Bounty Hunter and many more!

ENTER THE PvP BATTLE ARENA
Prepare for Eddie Vs Eddie in the ultimate face-off! Put your strongest teams to the test against other players and fight for death or glory as you duke it out to gain valuable prizes and supplies.

STRATEGIC GAMEPLAY
Collect unique resources to upgrade and evolve your team, enabling strategic gameplay to counter the enemy. Over 40 different ‘Talisman’ sets to pick and choose additional abilities for your characters!

TRAVEL THROUGH TIME AND SPACE
Explore the furthest reaches of a sprawling universe, from the depths of underworld to ancient Egypt, past battlefields, an enchanted forest and beyond, all set in stunning 3D environments.

HALLOWED BE THY GAME
Features the incredible sound of Iron Maiden, with an epic soundtrack especially prepared for the game.

Why is Iron Maiden: Legacy of the Beast free to play?
We want every Iron Maiden fan and every mobile gamer to be able to enjoy our game! You can fully enjoy the game without ever spending a penny! You can battle it out, earning every piece of of the game through sheer victory on the battlefield, or you can speed up your progress by purchasing Ironite in the Vault. 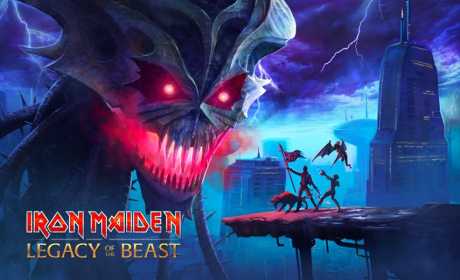 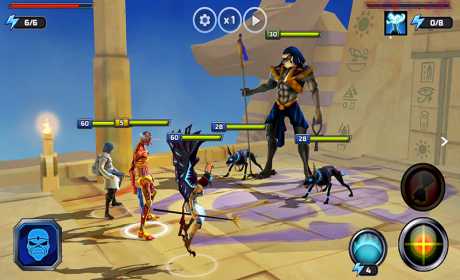 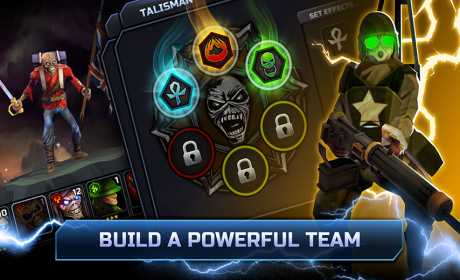