You are the Infinite Warrior Battle Mage, gifted with the power of ancient magics and trained in the art of sorcerous combat.

As the first line of defense against the Tyrant King’s hordes, you and your brethren must repel the onslaught before it engulfs all of the Freelands.
Your Watchtowers, magical structures long since abandoned during many ages of peace, amplify your abilities to levels rarely seen outside their walls: a simple spark can ignite into a meteor shower, a drip of water transmutes into a hailstorm.

Unleash your mystical power from within these formidable Towers and lay waste to the enemy!

Battle against up to 40 unique monsters, from melee fighters such as dreaded Giant Spiders, vicious Dire Wolves or Powerful Frost Giants, to the ranged fighters such as Ratkin Shaman, cursed Skeleton Archers, or even Evil Floating Eyes, to finally defeat the Tyrant King’s Captains, formidable opponents protecting each of the captured Lands.

Master incredible spells and rise to become a powerful Battle Mage, with 20 unique spells across 4 different school of magic: unleash Meteor Storm to scorch the invaders, call down Glacial Winds to shatter them, and tear the fabric of space and time to open up Black Holes. And if your magic fails, focus your rage and summon legendary Creatures to annihilate the Tyrant King’s legions.

Complete engaging challenges that reward you with battle experience and Arcane Dust, a magical currency used to purchase offensive or defense abilities. 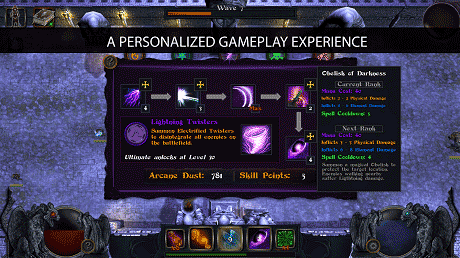 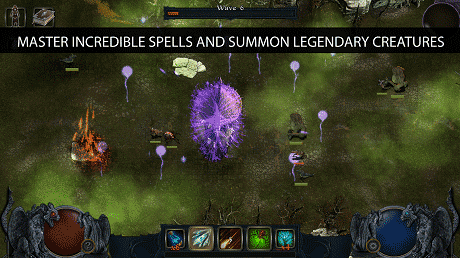 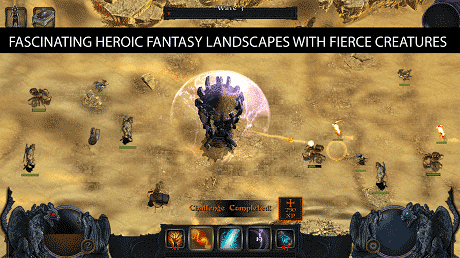