In Between v1.1 Apk + Data for android

In Between is an atmospheric, award-winning platformer where you solve mind-bending puzzles by manipulating your surroundings and gravity itself.

In Between is set inside the mind of a man hit by a cruel twist of fate. Together you are on a journey through the protagonist’s head, a world that doesn’t obey the laws of physics. Free your mind and defy gravity in more than 60 compelling and unique puzzles, requiring all your wits and agility.

As you follow the protagonist stumbling through the stages of accepting his own mortality, new mechanics are introduced. Each stage offers unique gameplay reflecting the emotions that surface when the protagonist copes with his fate.

Every human has a story to tell. But you never know when the story ends. Be invited to learn about the protagonist’s life and his struggle for a happy ending. In Between features interactive story sequences and a profound narrator immersing you into a life of downfalls and moments of happiness.

Much effort was put into detail to feature a unique art style with every asset made entirely by hand. Every scenery is a painting, providing a beautiful frame for a tragic story. This also extends to sound design and music featuring unusual and interactive soundscapes.
Features
• 2D based, story driven Puzzle Platformer
• Mechanics derived from thanatology
• 4-way gravity alteration / physics based gameplay
• Static and dynamic obstacles, reacting to player’s actions
• Interactive story sequences
• Tablet support
• Google Play Game Services achievements 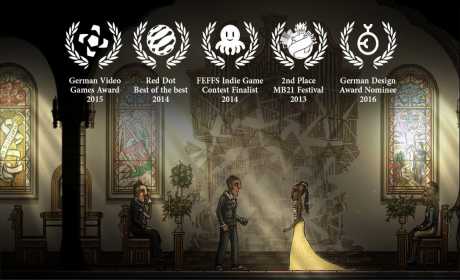 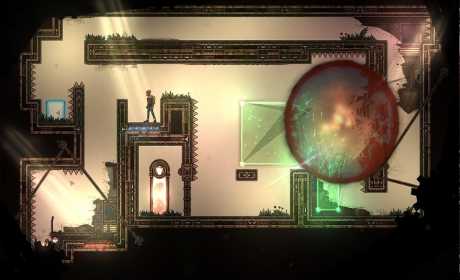 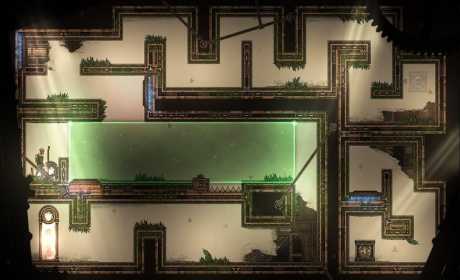