Hunger Games: Panem Run is a Action Game for Android

Run through Panem while collecting sparks and resources to empower your District.

Unrest is afoot in the Districts, and you’re in the thick of it in this social endless runner! Build hope for the oppressed by running through three of the 12 Districts in randomly generated levels, with more Districts becoming available soon! Collect sparks and materials that can be synthesized as power-ups for an action-packed experience!

The Hunger Games: Catching Fire – Panem Run features:
•EXPLORE the Districts of Panem
•RUN ENDLESSLY as a member of your current District
•DODGE, JUMP AND SMASH through obstacles

Based on the film The Hunger Games: Catching Fire released worldwide on November 22, 2013, The Hunger Games: Catching Fire – Panem Run mobile game brings the endless runner genre to new social heights, putting the action from the movie into players’ hands. The lightning-quick action sequences in the mobile game compliment and extend the movie’s spectacular action and story. 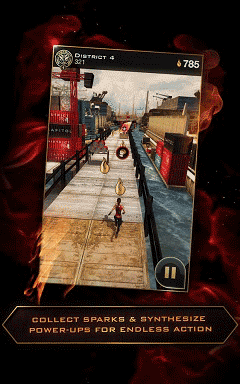 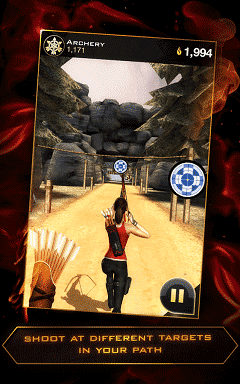 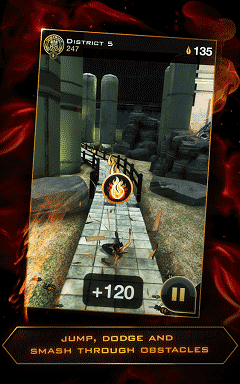