Heroes of SoulCraft (HoS) is the best Arcade MOBA on Android. Dont remain in vain: glory and victory is near. Ascent the league and become a legend. Your fates cannot be to remain forever in chaos – you need to keep the order in the arena, defeat the witcher in the battle arena and become legendary.

*** Angels vs. Demons team battles in quick, tactical games full of action and fun ***
*** If you like our previous games SoulCraft 1 & 2 you will love Heroes of SoulCraft ***

Angels vs. Demons team battle
Heroes of SoulCraft (HoS) is an Arcade MOBA in which 2 teams fight against each other in fast-paced, tactical matches full of action and fun.

Play 5 or 15 minutes
Waiting in line? Play a 5 minute 2vs2 game on your mobile phone with instant matchmaking.
At home on your couch? Play several 15 minute 4vs4 games on your tablet or PC.
Need to leave the game early? No problem – we will join a new player into the running game.

Easy to learn
Heroes of SoulCraft makes it very easy to learn the basics within a minute. Over time you can choose to do more things manually like skilling or item-buying for the full MOBA experience.

Unleash your titan
Ever wanted to take a huge fire dragon or a big rock golem into the battle? Now you can! Choose your titan to accompany you and customize your Hero by pre-configuring your item-deck.

As featured in SHIELD Hub – play it on NVIDIA SHIELD 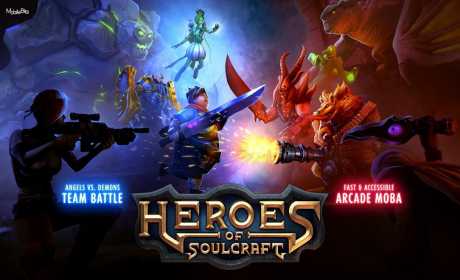 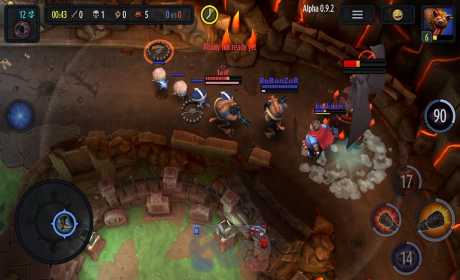 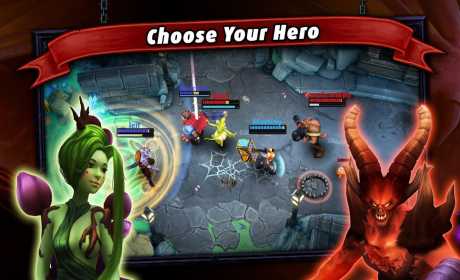