The kingdom and the princess are being attacked by the dark forces. We will have to defend against the dangers that the world has never faced. Not only the demons but also the zombies, the orcs, the witches are trying to destroy us.

Legendary heroes in defense games
You summon more than 10 legendary heroes to defend against the waves of monsters. They are swordsmen, archers, knights, ancient guards or witches with ultimate power. Use good tactics, you will win against the attacks from monsters.

The best tower defense games
Defense Heroes is unique strategy game, you will use heroes instead of building towers and other special features compared to other defensive strategy games that you have never experienced that are obstacles. You will need to destroy the obstacle to get gold or build a new hero.

Upgrade heroes and unlock special skills
Each hero in this tower defense game has different levels. At each level, the hero will have different special skills. Knowing how to control the skill upgrade and choosing the right time is the key to winning each game.

Best Offline Tower Defense Game
Because it is an offline game, Defense Heroes does not need a network connection. You can play anytime, anywhere without a wifi connection. 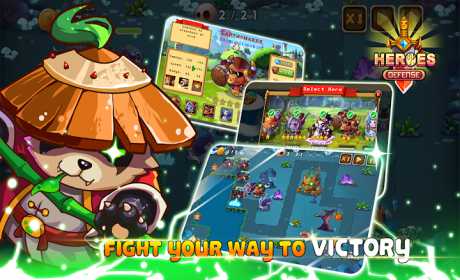 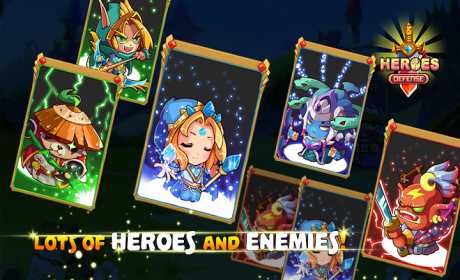 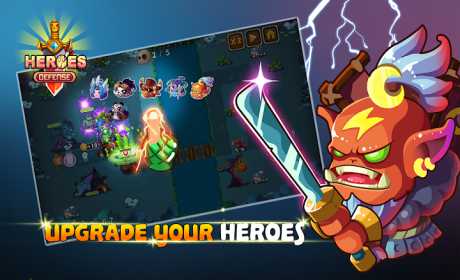