Join arms with your friends to fight in spectacular guild wars against players from all around the world!
Customize your favorite Hero and dive into endless battles by commanding your own unique combination of Troops and Heroes!
Build your village into an impenetrable fortress and claim supremacy over the Sky World!

FEATURES
● FREE TO PLAY!
● Command 100+ different time-and-space transcending Heroes with amazing skills!
● From the almighty Zeus with his thunderbolt to Cleopatra the queen of beauty and intrigue, choose and deploy your favorite Heroes for attack & defense!
● Speed up your play by immediately reviving your army after battles!
● Power up your favorite Hero through Level Up and Evolution!
● Enjoy PvP battles with Mighty Heroes customized for your battle strategy.
● Discover hundreds of attack & defense strategies by combining not just Troops, but also Heroes and their various skills!
● 200 unique weapons for enhancing the attack & defense skills of your army!
● Unleash the Trojan Horse to deploy troops at the heart of enemy’s stronghold and speed up your way to victory!
● Command your army in defense mode to actively protect your village against waves of evil minions pouring in through the Hell’s Gates!
● Watch your army become even more powerful as you enter Fever Mode after three continuous victories!
● Join a Guild and share the thrill of combat with your best friends!
● Together you can build a powerful Guild Town, share & buff up Troops, and strengthen your army to rise to the top of Sky World rankings!

Now, command your Hero for attack & defense over the Sky World!

PLEASE NOTE! Hero Sky is completely free to play, however some game items can also be purchased for real money.
If you don’t want to use this feature, please disable in-app purchases in your device’s settings
Also, under our Terms of Service and Privacy Policy, Hero Sky is allowed for download and play at least 13 years of age. 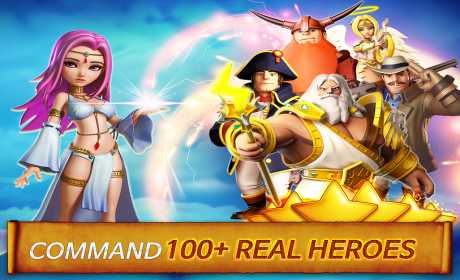 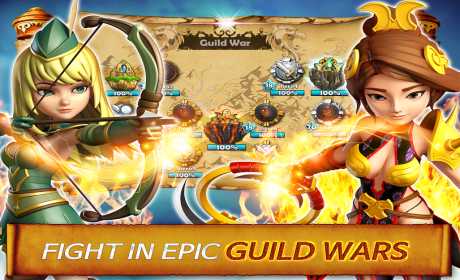 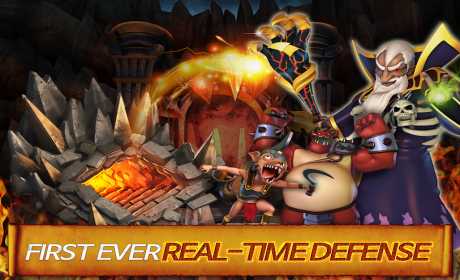