Hero Rush is a new global strategy with a lot of tournaments, clan wars and violent confrontations.
Head a revolt against the Mad King and liberate the city from the yoke of the tyrant.
The army has already deployed its banners and is waiting for the order to attack!
Create a powerful clan and fight for the most extensive clan lands.

The prime of your empire begins with the capture of a small village. Only you can extend it to incredible sizes. Your will have the best warriors of the land under command, each of them has unique attributes. The inexpressible tactical part of the game, where the strength of the army is not always an unconditional guarantee of victory, will be a welcome surprise. Extensive research, exciting branches of science development will help you to create an undefeatable army

Features:
✔ Capture enemy cities and entire kingdoms!
✔ Make your army undefeatable!
✔ Fight in epic battles!
✔ Team up with other rulers in the powerful clans!
✔ Improve mystical occult sciences!
✔ Win tournaments against other rulers!

Unite in powerful Clans and fight in extraordinary battles of Clan Wars for control over the new provinces.
Battle trophies for winning will be the deserved reward for the best warriors of those epic and challenging battles in which the guarantee of victory will always be only a team game and the right tactics of the whole clan! Achieve greatness and respect of all the game world together with your team of brothers-in-arms! 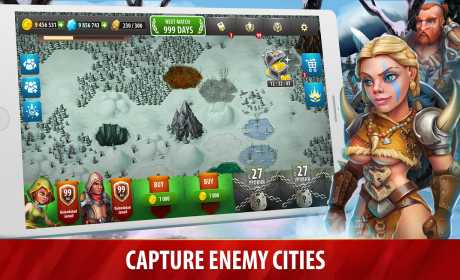 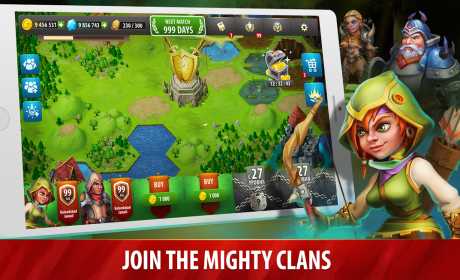 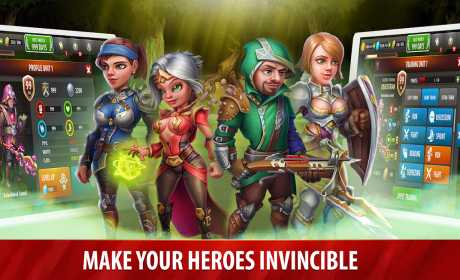