Become a legend of La Liga and lead your team to victory with Head Soccer Heroes! Live the intensity and the emotion of football and create your own epic team using the players from the Panini card packs. Prepare your strategy with the puzzles, level up and improve your characters, and score astonishing goals in this game that combines puzzles and RPG set in La Liga with the collaboration of Panini!

Connect defensive and offensive gems to carry out the best play, score goals and have fun with this impressive puzzle and football game of La Liga with wonderful graphics. Kick off your career as a professional football player and turn into a star! Your moves on the board have an impact on the playing field and the number of goals you score. Play as forward, midfielder, or defense in the most comprehensive football RPG.

Train hard to improve your skills and abilities and there won’t be a goalie able to stop your powerful shots! Hire new players for your team and use your teammates’ special powers to tilt the balance in your favor. Improve your players’ abilities to win games and reach the peak of international football! Who will be the best defense, forward or goalie? Who will have the most powerful shot, the quickest dribble, the best technique? You choose who deserves a place in your lineup. In this La Liga football and puzzle game you are both the player and the trainer!

Play different seasons and cups to complete your career as a professional player. Overcome all the challenges, obtain rewards for each mission and gain experience to level up and improve your abilities.

Defeat your opponents and get players from other teams to join yours in order to be the very best. You can become the most powerful football team of all time! Join 3 gems to score goals, win championships, gain fame, dominate the playing field and your fans will follow you to the end!

COLLECTIBLE CARD SYSTEM
* Get card packs based on Panini, open them and discover hundreds of different players. Can you collect them all?
* Modify your initial lineup with charismatic characters, each with his own special abilities and characteristics.
* Goalies, defenses, midfielders and forwards. All they need is a great leader to become master scorers!

TWO GAME MODES: OFFLINE AND ONLINE
* Play football offline in the Campaign Mode: from humble beginnings to international football superstar.
* Challenge players from all over the world in the Event Mode and reach the top of the ranking.
* Special tournaments, championships and cups with incredible rewards.

FOOTBALL MEETS MATCH 3
* Watch your moves on the board and observe the effect they have on the game.
* Defend the rival attack, steal the ball, dribble the opponent, pass to a teammate and score fantasy goals!
* A combo of football and match 3 the likes of which have never been seen. 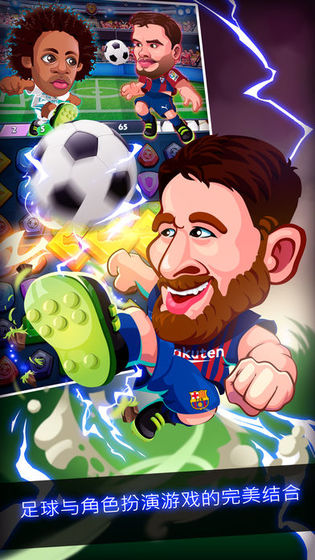 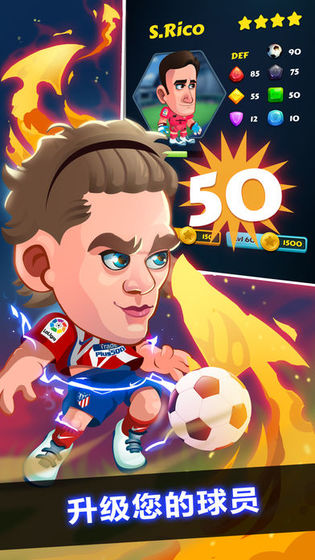 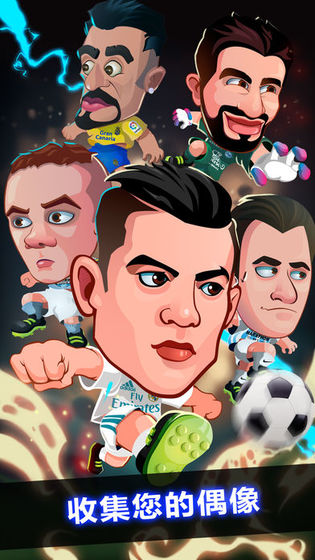