Commander! The Roman Republic is on the rise, and many powerful nations around it will fight against you for supremacy. A war is imminent.
Rome needs the power of everyone! Great commanders including Caesar, Pompey, Antony, Octavian, and Spartacus will fight with you. Let’s witness the birth of the Great Conqueror!

【Campaign Mode】
Restore the scenes of hundreds of historical battles in Rome and witness fully how Rome evolves into a great empire stretching across Africa, Europe and Asia.
** Lead legions to participate in the Punic Wars, the Spartacus Uprising, the Conquest of Gaul, Caesar’s Civil War, Antony’s Civil War, the Conquest of the East, the Conquest of Germany and experience the rise and glory of Rome.
** Build cities, recruit soldiers, make war gear, form powerful naval fleets. Everything is under your control.
** Choose the secondary story, command the surrounding nations and tribes to fight against the powerful Roman army, and change their fate to be conquered.
** New technologies bring new visions. Researching technologies increases strength and speeds up conquest.

【Conquest Mode】
From the Mediterranean to the British Isles, Rome, Egypt and Carthage, the Gaul tribes, the Germanic peoples, the Empire of the East are contending for hegemony. Will Rome conquer the world, or will it be conquered and a new empire be built?
** Span hundreds of years from the Punic Wars of the Roman Republic, the First Triumvirate, the Second Triumvirate to multiple eras of the Roman Empire.
** Enemies or friends, declare wars or form an alliance, assist allies or draw neutral countries. Choose the foreign policies that are in the best interest of your country and expand your territories.
** The tide of war is unstoppable. Expand cities, recruit legions, use strategies, research technologies, and lead your empire to the final victory.
** There are many countries to choose from, and each has the opportunity to conquer the world. Change their future, and lead them towards greatness.

【Expedition Mode】
Lead your legions to have an expedition, use strategies and tactics cleverly, deploy limited forces, give full play to your unlimited combat capabilities, and defeat powerful foreign troops!
** New challenge mode that brings you a novel gaming experience.
** Every step of the expedition comes with many difficulties and dangers. Keep adjusting your battle plans and you will reach the final victory.
** Gain the best war trophies and put on your conqueror uniforms.

【The Senate】
Rome was not built in a day. Build the Triumphal Arch, the Colosseum, the Pantheon, and restore the glory of the past!
** Complete the tasks issued by the Senate and win rich rewards.
** Train infantry, cavalry, archers and navy to improve their combat capabilities.
** Equip your generals with battle flags and treasures to upgrade skills and improve abilities.

【Characteristics】
*** Cultivate unique commanders, match skills freely, be flexible, and control the battlefield.
*** Support cloud archives, and your progress can be synchronized when changing the device. The safety of your archives are protected.
*** Conquest Mode supports the rankings in the GooglePlay. Capture more territories with less time and generals. 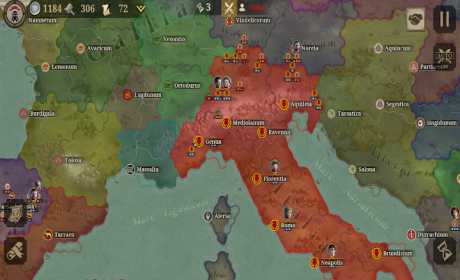 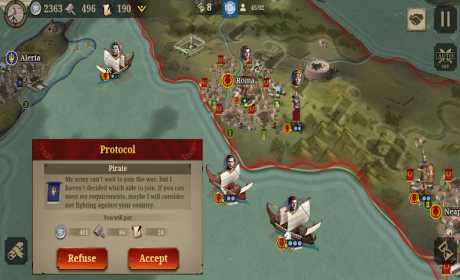 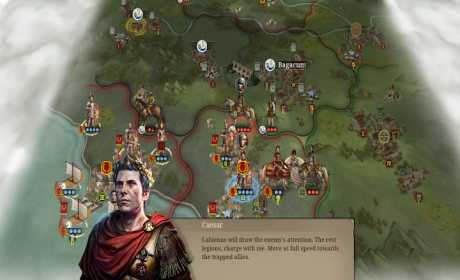