Gladiators! Play 2014’s Best Game! Build, Strategize & Fight!
★ ★ ★ BATTLE FOR ROME’S GLORY ★ ★ ★
Even a slave can topple an empire. In the adventure action game Gladiators: Call of Arena, ancient heroes help your strategy to become the best Gladiator. Select your Gladiators, buy equipment and refine their skills as you earn money and fame in the best new RPG.

☆ Destroy enemies in Gladiators: Call of Arena☆
Choose Gladiators and use strategy to fight your enemies! Conquer Rome!

☆ Build Your Empire ☆
Build your Roman empire so you can pillage neighboring kingdoms and force them to pay you tribute to your Empire & its Heroes.

☆ Gladiator Heroes ☆
Take advantage of the best new hero Gladiators such as 300’s Leonidas and Spartacus and enlist them to fight in your Roman Arena.

☆ Battle the World ☆
The best multiplayer game! Face off against Gladiators from around the world or decimate your friends in the action of the arena, the choice is yours!

☆ Underground & Formal Arenas ☆
Two levels of play make for fast action & lots of strategies!
★ ★ GLADIATORS: CALL OF ARENA FEATURES ★ ★
✔ Unique Choices! Fight in real time strategy or turn based strategy matches in the Gladiator Arena.
✔ Over 100 Gladiators! Including Legendary Heroes like Spartacus & 300’s Leonidas.
✔ Rome Sim City like city building! Defend your Empire by creating your city! Build up your city to build up your Empire!
✔ Gladiators: Call of Arena features REAL & rotatable 3 D, to get the best perspective on your adventure!
✔ 100 s of Skills & 7 Classes make your strategies unique. Level up Gladiators and find the perfect set of skills!

Important Notice:
** Device with a minimum of 1 GB RAM (before install) is recommended.
Performance is not guaranteed on device with less than 1 GB RAM.
** A minimum 300 MB memory space is required to install the game with all the contents. 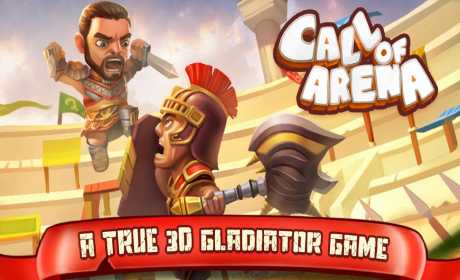 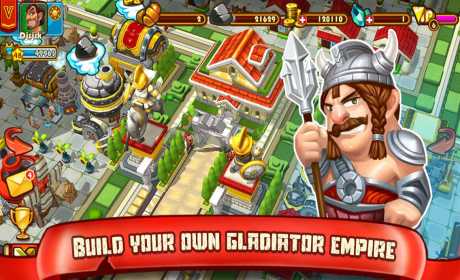 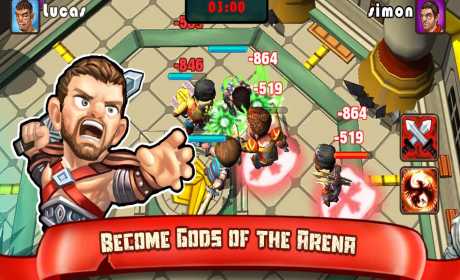