When idols die – legends are born!
More than 25 years ago Armin Gessert developed with GIANA SISTERS one of the first Jump’n Run games for the Commodore C64. The console manufacturers got anxious and tried to stop the sisters. The end seemed close. But they failed and GIANA SISTERS with packaging has become a rare collector’s item.

The legend is back, better and bigger than ever before. To use the potential of current devices we improved the graphics and controls. Today the game captivates through its full HD graphic and a new userfriendly menustructure.

The game offers everything a real Jump’n Run game needs. Perfectly balanced for hours of fun on all current Android devices (> 4.0).

Freed from the dust of decades, GIANA SISTERS always retains its cherished style, familiar features and the legendary original soundtrack in a fresh revision. By then the polished 32 fully restored classic levels will cause teary eyes to many fans of the original version!

Today the sisters celebrate their jump on the hitlists of the gaming world. Including a lot of new adventures, retro feeling and modern design:

We love to play Giana Sisters as well and we act on the principle: “Bug reported. Bug fixed.” 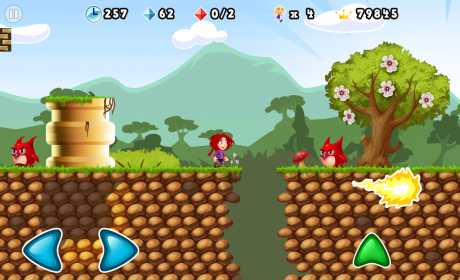 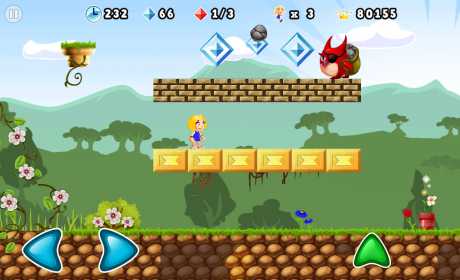 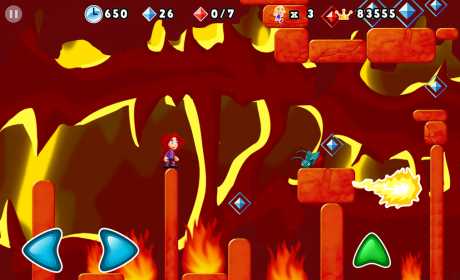