So you want to be a Warrior, don’t you? Find out if you have what it takes to become the ultimate army leader in this city defense game.

Command your armies to conquer other cities and lead them to victory. Forge war heroes and use their influence to hire Mercenaries to fight alongside your bannermen!

Lead your armies, expand your civilization throughout the world, overcome all sort of challenges and destroy your enemies!

What are you waiting for? Download Game of Warriors now! 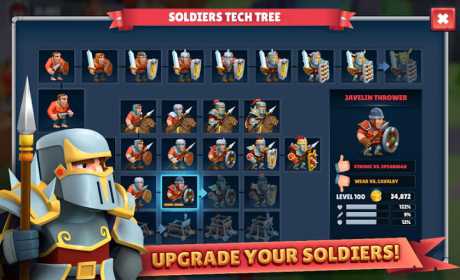