E1. The Birth of Galaxy Heroes

When many planets in the universe are surrounded by a vortex of war due to a lack of resources,
Humanoids, which have made rapid advances in robotic technology, have implemented the Galaxy Hero project to protect Earth from invaders of space.

Now the last gate to test them is left.
Defeating the enemies of 5 planets!
Will all five robots pass the final test and become a galaxy hero to save the Earth?

From now on, the birth of a galaxy hero begins!

== Game Features ==
1. Highly immersive feeling in easy operation!
– A new paradigm in flight shooting! I am immersed in ignorance!
– Simple operation by moving only left and right.
– Follow the enemy moving to the group and attack!
– Avoid the enemies that rush to me! 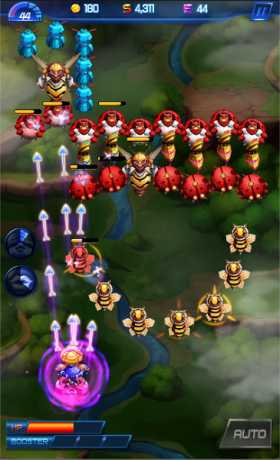 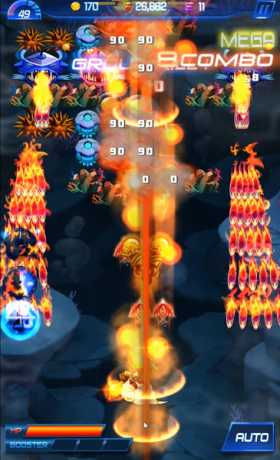 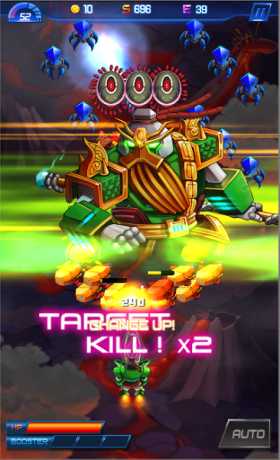