Galaxy Falcon is a Arcade Game for Android

After defending Earth from a vicious attack from Proxima Centauri, it was time to bring the fight to them!
Six fighters took off, bound for the Heart of Darkness.

Their mission: Strike their seven bases and defeat Dark Akma before he can strike again.

[Features]
– Galaxy Falcon is a classic vertical-scroll shoot-em-up game!
– Shoot’em up friendly UI/UX
– Six unique fighters, powerful bombs, and devastating special weapons!
– Each stage is loaded with enemies and middle bosses
– Each stage ends with an epic battle against a big boss
– Perfect your performance on each level and collect starts to upgrade your fighters
– Google+ and Facebook support to compare scores with your friends!

Can you defeat them all? It’s time to save the planet! 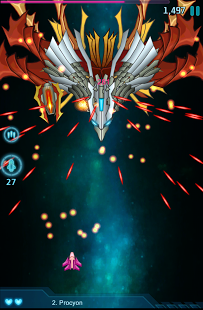 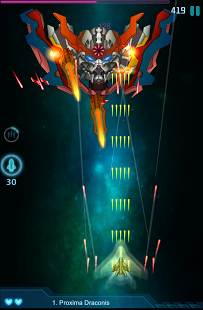 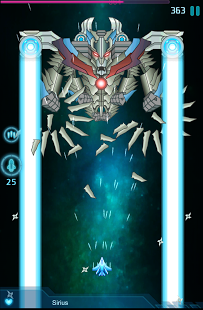