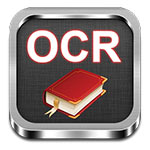 Free Download OCR Instantly Pro Apk For Android From RevDl.com. OCR stands for Optical Character Recognition which is a technology to convert image to text. Turn your mobile phone into a portable text reader now!

It is better than other OCR apps in terms of simplicity and functionality. With strong points such as:

1) Offline OCR engine – doesn’t require sending data to servers for processing. It also shows percentage completed during OCR process and may be cancelled at any time.

2) Image enhancement engine – capable of removing noise such as flickering lines seen when taking photo of a computer screen! Image crop and rotation are supported too.

3) Simplicity – very simple to use!

4) Digitized text can be copied to clipboard or shared to other apps directly.

5) Language translation – one tap to translate text to your pre-selected language.

6) OCR modes (Pro version only) – choose among a set of OCR modes; Some modes give better result in certain situations so make sure to use the right mode for the right image. Disable dictionary may improve result if the text is not formed by words found in dictionary.

7) Multi-column OCR support (Pro version only) – images with multiple columns can be OCR’ed properly, by changing the OCR mode to ‘AUTO’.

8) Create searchable PDF file (Pro version only) – generates PDF files where text can be selected and copy paste. Note that PDF output will be affected by OCR mode.

9) Save to SD card (Pro version only) – enhanced image and digitized text can be saved as .jpg and .txt.

11) Character Whitelist/Blacklist (Pro version only) – sick of certain characters always get recognized incorrectly? You can set a list of allowed/disallowed characters or even define a set of characters to be replaced when performing OCR.

12) Text To Speech support (Pro version only) – supported languages depend on the Text To Speech (TTS) engine installed on your device. The default engine in most devices only supports English (UK), English (US), French, German, Italian, and Spanish.

13) Multi-Language OCR support (Pro version only) – perform OCR on text that contains multiple languages. Note: Latin + non-Latin based language combinations don’t work well, for example Chinese + English. For this case it is better to OCR with only Chinese language selected and then edit the English areas that are incorrect.

Some Notes:
– Handwritten text is not supported!
– OCR result for Chinese, Japanese and Korean still needs improvement, but have been drastically improved on version v1.3.0 onwards, try it out on the Free version first!
– Google Translate (separate app install) is used for translation by default. If it doesn’t work for your device you may change to browser based translation under Settings. 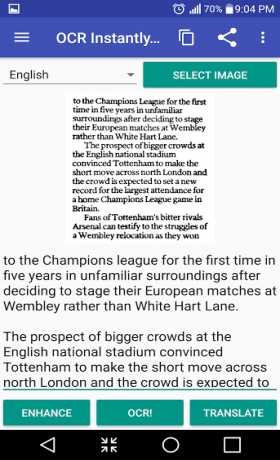 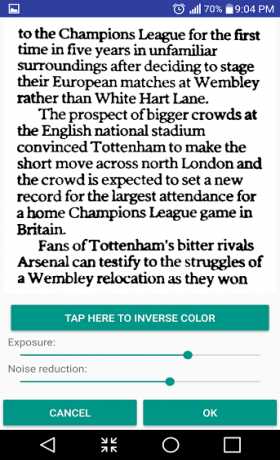 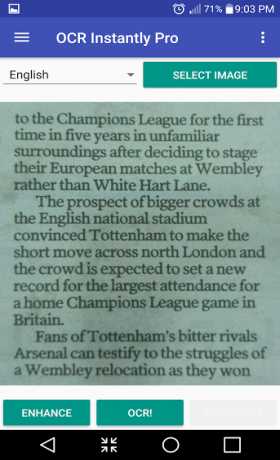